Give Me Astoria: PROUD SPONSORS OF THE SPARROW FILM PROJECT! 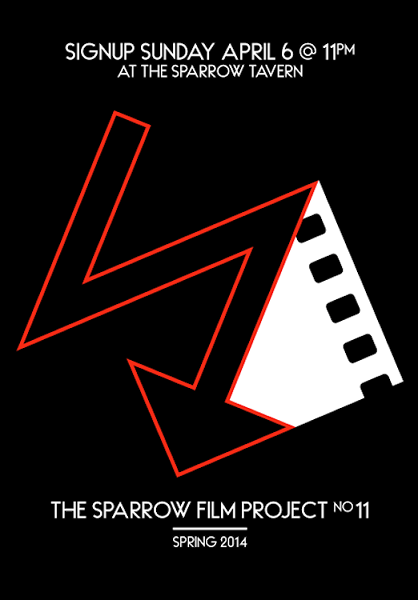 So, if you haven’t heard of the Sparrow Film Project, you are TOTALLY missing out. Twice a year The Sparrow Film Project commitee put together this event. Here’s how it works: teams sign up for a spot on the list, and then have three weeks to make a three minute film… but the film topics aren’t revealed until you sign up. Veteran film makers and amateurs are all welcome, and each year is bigger and better than the last.

The Sparrow Film Project will be screening at the Museum of the Moving Image at Kauffman Studios in Astoria, and it’s going to be awesome.

What does that mean? Well, for one, we get to watch really cool films. But more importantly YOU GUYS get the scoop. We’re going to be reporting live from every Sparrow Film Project event, from the sign up, to winner announcements, to the Film Project Gala and After party. Give Me Astoria is going to be your source for all things Sparrow. We can’t wait!

P.S Keep an eye out….some lucky readers might score tickets to the Sparrow Film Project Gala and After party!

Want to enter or learn more? Sign up is in just EIGHT short days! Check out http://www.sparrowfilmproject.com/