Eddie Negron: The Man Behind the Scenes of Astoria 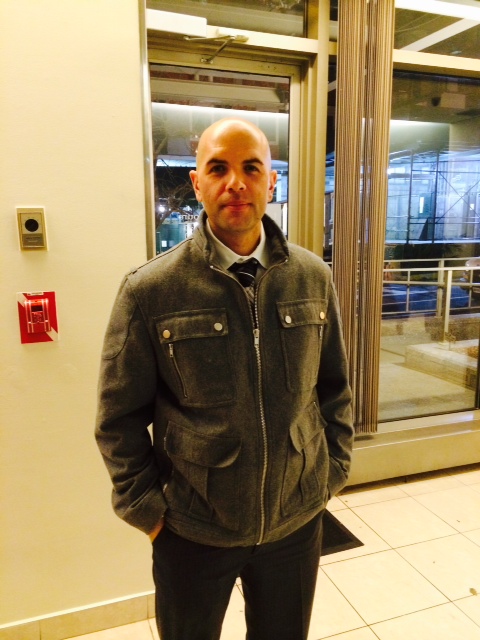 If you’re part of the Astoria community, this is a face you should know.

Eddie tells us the Community Affairs division of Astoria is special because of Astoria’s huge, diverse population. There are over 20 denominations, and 61 different houses of worship! The residents over Astoria are from hundreds of different backgrounds, and yet all have found common ground in this quickly growing section of queens. “Astoria encompasses the whole world,” Eddie says, and he couldn’t be more right.

One of the many churches in Astoria.

Being a part of Community Affairs means that Eddie needs to be well rounded. A huge part of the job is to be one of the faces of the precinct– so members of the community can easily identify him. By day, community affairs means dealing with civic duties and churches…by night, it means patrolling Astoria’s thriving nightlife. Now, that’s no easy task, there’s more than 300 licensed establishments in Astoria. Can you imagine keeping all of them in line on a Saturday night!?

Eddie’s job means keeping an ear to the ground, and knowing what’s going on in the community–good and bad. He devotes his time to building relationships with not only the community, but the community board as well. They have monthly meetings to discuss the nearly 375 nightlife establishments, ways to tackle crimes, and deal with problems such as excess drinking. But don’t think he’s here to put an end to the fun– Eddie wants to keep Astoria lively, fun and enjoyable, but above all: safe.

Working in the NYPD can make you jaded– after all, a big part of being a police officer is getting rid of the “bad guys,” but Eddie tells us you just have to pay attention the positives. No matter how bad things get, the job is rewarding, especially in such a tight-knit community like Astoria. Positive feedback from residents is what keeps him going, and the people here, he says, are always grateful and respectful.

For anyone interested in one day being part of the police force, or any law enforcement profession, Eddie’s advice is this: “You’re being judged now. Stay on the straight path from now, and when the time comes, it will be worth it.” You don’t become a police officer in a day, and the process will bring out everything you’ve ever done. If you know a younger resident interested in law enforcement, the NYPD has an awesome program called the Explorers Program, where kids can get involved and learn different aspects of the NYPD.

We had a great time sitting down with Eddie, and learning about all that he does. He’s a great asset to the community, and it’s clear he genuinely cares about Astoria and it’s residents. So, if you spot him in Astoria one day, say hi!