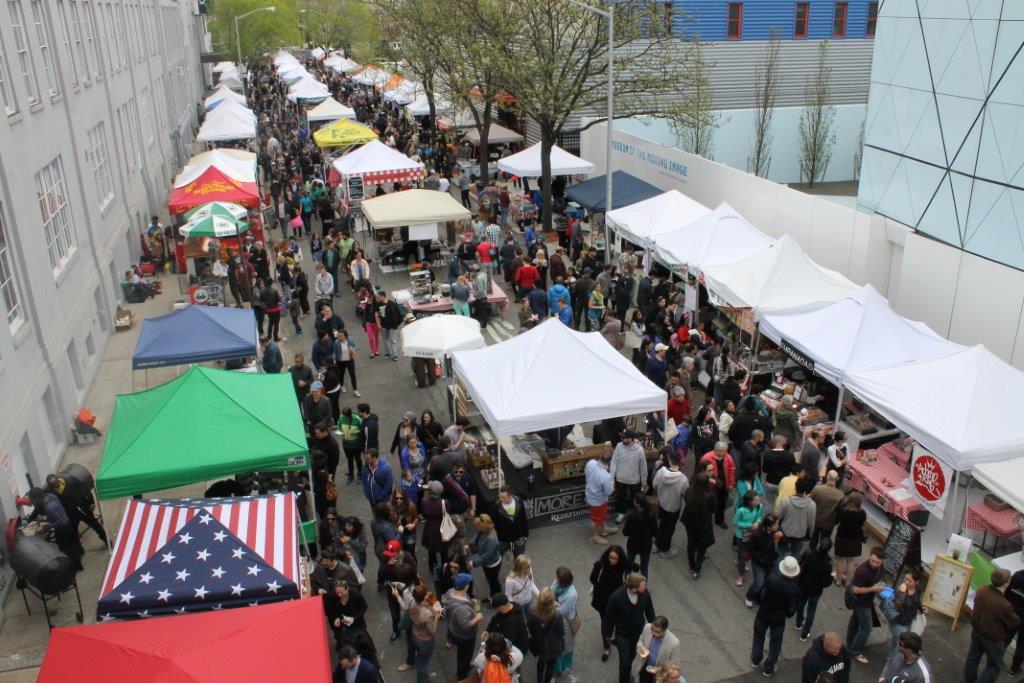 Normally, hearing the word flea and food together isn’t a good thing, but this past weekend the Astoria Flea and Food at the Kaufman Astoria Studios was amazing.

Nearly ten thousand people showed up, indulging in the best of local Astoria vendors. There was everything from antiques and collectibles, to fashion, art pieces, and best of all…FOOD. So. much. food.

The market started yesterday, and will continue on for eight consecutive Sundays – so you’ve got literally two more months to stop by. NO EXCUSES. Seriously, it is so worth it. Throw on some comfy shoes, and pack your appetite because there are so many food choices! You’ll want to try a little bit of everything.

Astoria Food and Flea is located on Kaufman Astoria Studios outdoor movie studio backlot – the only backlot in New York City – on 36th Street between 34th and 35th Avenues. It’s in walking distance of the M, R, N and Q trains, so you can totally convince your other-borough-not-as-awesome-as-Astoria friends to stop by, too!