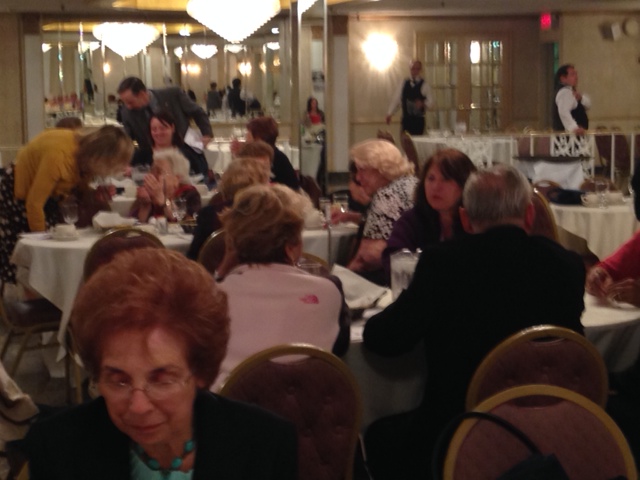 Yesterday was the Taminent Regular Democratic Club’s Annual Women’s Division Card and Bonco Party, and we were honored to be invited to attend!

The party was at Riccardo’s, and it was a great time for everyone. The room was filled with members of the women’s club and lots of special guests. Every year the club raffles off a plethora of prizes, ranging from small kitchen sets, to a HUGE flatscreen LCD TV. The most sought after prize, though, was a set of two tickets to the Broadway production of Kinky Boots, a backstage tour post-show, and a poster signed by the entire cast – including Cyndi Lauper.

The party was put together by Women’s Club President Kimberly Mullarkey, and because of her hard work it went off without a hitch. There was great food and amazing drinks, and everyone was excited to enter into the raffles, while raising money for the club.

If you’re interested in politics, or even in making a difference in our community, the Taminent Regular Democratic Club is a great place to start. It’s a great place to voice your concerns about Astoria, and even to find new ways to help the community.