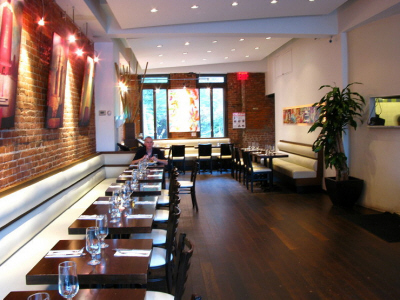 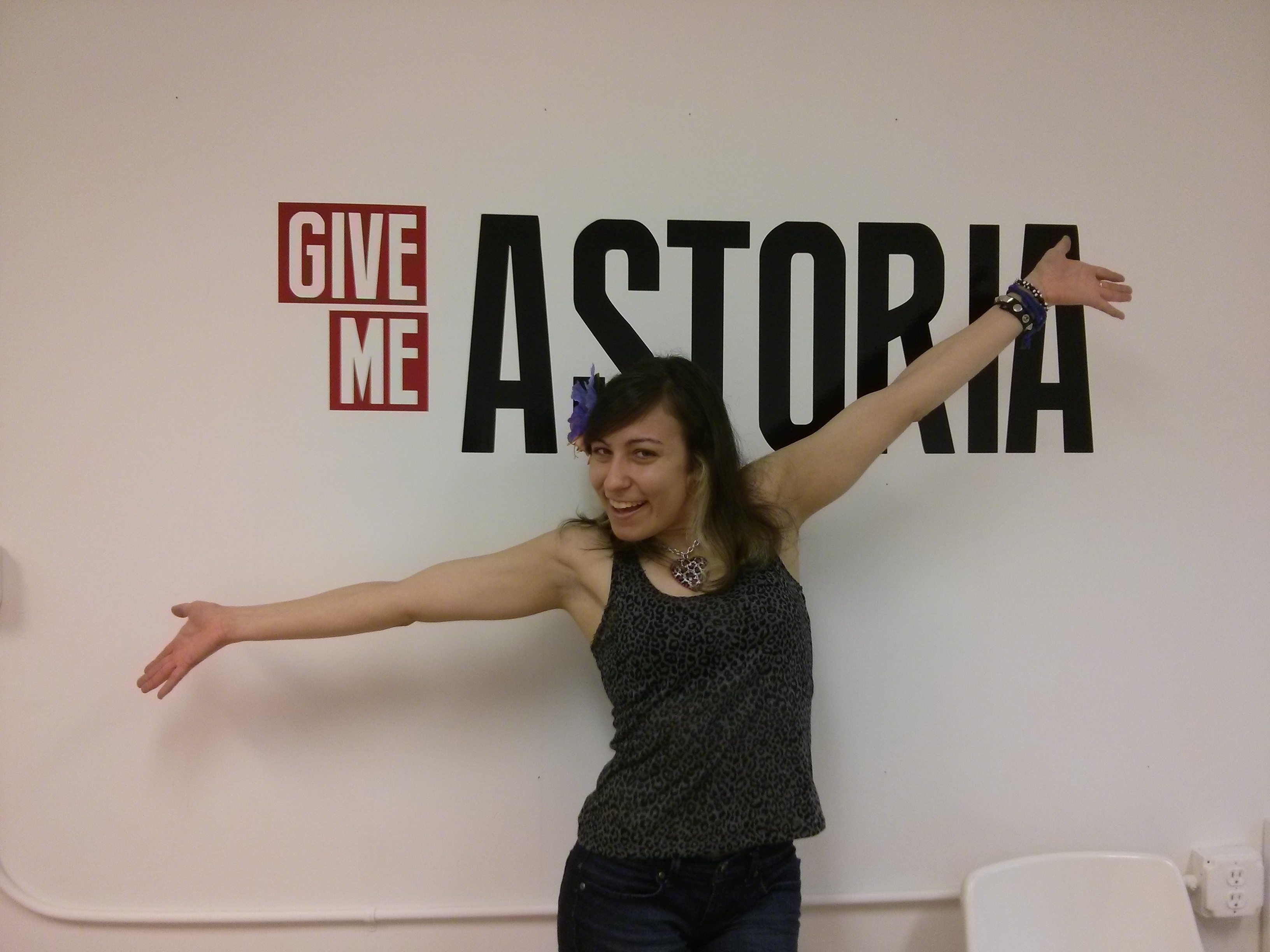 You might not have heard of Audrey Dimola yet, but pretty soon you’ll be spotting her name everywhere in Astoria. Audrey is one of most awesome people in the local arts scene.

Audrey’s foray into the arts started as early as she can remember, “I was a total ham kid,” she tells us, “a total Leo. I was always singing, running around writing plays and forcing my brother and cousins to be in them.” Her big turning point was an internship at Ins and Outs magazine, an LIC based arts magazine. She worked her way up to becoming the managing editor, and her love for the arts has only grown since then.

Nowadays, Audrey is making strides with the arts scene in Astoria, Long Island City, and the surrounding areas as well – helping them grow and expand at a rate like never before. She says, “I realized that arts scene was growing, and there are so many people living in Queens that are artists – unbeknownst to each other. It’s such a huge community, and we’re all working towards a common goal.” So her calling became curating arts events – in particular, literary events spiked with music and other arts. Want to put a show together but can’t find artists or performers? Basically, Audrey’s your girl. She tells us she loves exploring how you can bring rhythm to a show by putting together different artists – how each individual’s style can flow into another’s, and create a beautiful, coherent, entertaining event.

Audrey herself is an amazing poet and performer, and because of her boundless stage presence often hosts many of the local showcases and events – such as the QCA block party coming up, Mike Geffner’s the Inspired Word in LIC, and Boundless Tales Reading Series. One of her personal projects is The Nature of the Muse – which started by the fire in the carriage house at LIC Bar. This project goes on sporadically, and is seriously one of the coolest artistic exhibitions we’ve ever learned about. Basically, it’s a mixture of performance and writing. Writers are invited to dip their hand into a pool of writing prompts written by the audience, and then have five minutes to create a piece that will be performed later in the night, as is. It’s an adventure in authenticity – there’s no time for thorough editing or revising – just raw talent, in a welcoming, nurturing environment. She’s also on the team over at Astoria Stand Up, who we love.

Performing at the Queens Literary Townhall

Audrey has such a passion for the arts, it’s contagious. She excitedly told us about all the events that local artists can take part in – so if you’re a writer, a poet, a singer, improv artist, ANYTHING, there’s an event for you. If you want to learn more about the writing scene in Queens in Astoria, take a look at all the events here! If you want to keep up with Audrey, check her out at AudreyDimola.com!