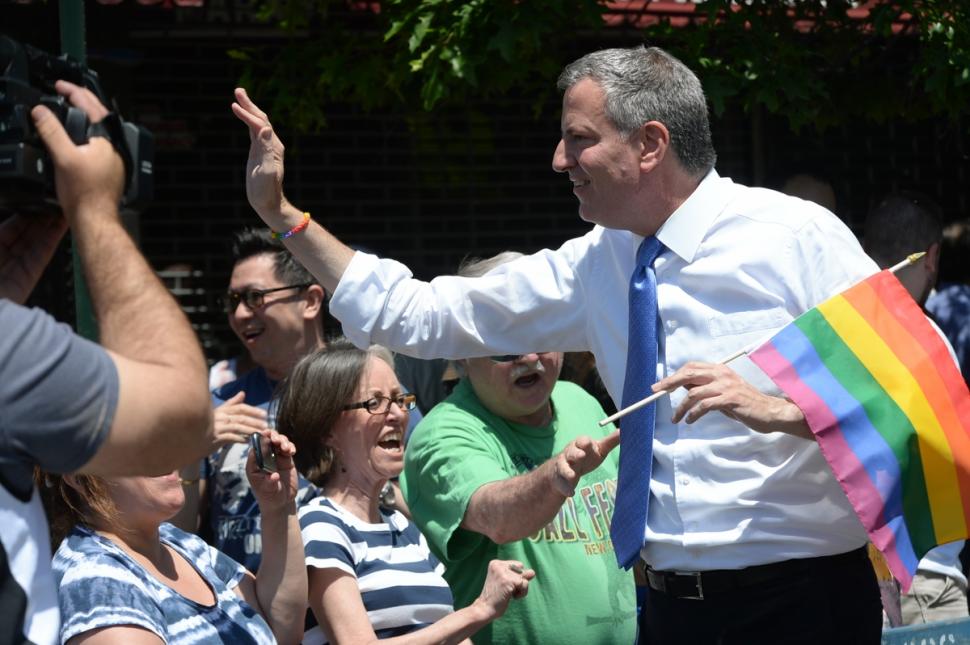 This past weekend, Queens played host to the borough’s annual Pride Parade, and it was as magnificent as a gay pride parade could possibly be. The weather finally warmed up, and thousands came out to celebrate.

Mayor DeBlasio made an unprecedented appearance as the first New York City Mayor to march in a gay pride parade. His support undoubtedly made a huge difference, and we think it’s great to see a mayor who supports such a large population of the city. City Councilman Jimmy Van Bramer was also in attendance, and walked alongside the Mayor.

And, of course, our favorite local gay club owner, Nick Lion, was in attendance – with a huge group representing Icon.

The parade was a great celebration of open-mindedness, unity, acceptance, and love. Everyone in attendance was in top spirits, and it was a great event. We can’t wait for the annual parade in Manhattan!