The Sparrow Film Project 11: Bigger and Better Than Ever Before 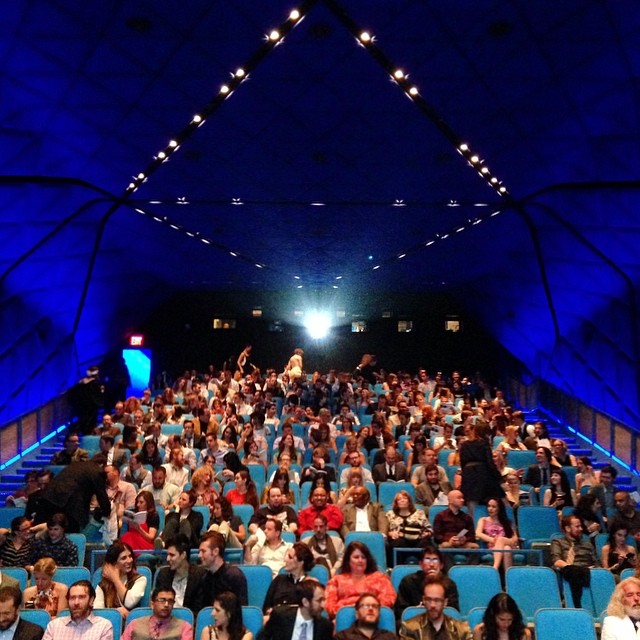 Last night was the bi-annual Sparrow Film Project, and it was full of glamour and great films. As you guys know, we sponsored the event, and it turned out to be more than we could have imagined!

Put together by the Sparrow Committee, lead by Evan Roumeliotis (owner of The Sparrow Tavern, Mar’s Bar and The Queen’s Ink Tattoo), the film project was a showcase of some of Astoria’s best filmmakers – and even some filmmakers from as far away as London. The goal of The Sparrow Film Project is to create a showcase of films created by both novice and amateur filmmakers. Teams signed up two months ago for a three minute slot, and had three weeks to create their film.

This year’s topic was “antiquated laws,” and it was absolutely hilarious. It included outdated laws that are somehow still on the books, such as “It is illegal to sell ice cream in a cemetery,” and “In Los Angeles, it is illegal to bathe two babies at once.” The topics were then assigned a genre – such as western, post apocalyptic or romantic comedy. The films ranged from though-provoking to absolutely hilarious – half the audience was cracking up with laughter during a lot of the films.

We are beyond thrilled with how the event turned out, and so proud to have sponsored it alongside Kaufman Astoria Studios. The Sparrow Film Project committee put loads of effort into creating the event, and each year more and more people attend – this year’s show sold out completely, with every seat in the theater being filled by the more than 300 people that attended, including special guests Eddie Negron, detective and community affairs officer, and Lieutenant Morales, both of the 114th precinct. The committee includes Mary Ann Benedetto, Mike Freeland, Sal Milazzo, Rudy Mungaray and Sean Donelly, all of whom work together tirelessly to put on a flawless event twice a year.

The Give Me Astoria team with the Sparrow Film Project Committee

If you missed out this time around, make sure you get tickets to the next Sparrow Film Project! The gala was beautiful, with everyone dressed to the nines, and the films were genuinely great to watch. It was a spectacular event, and we can’t wait until next time!