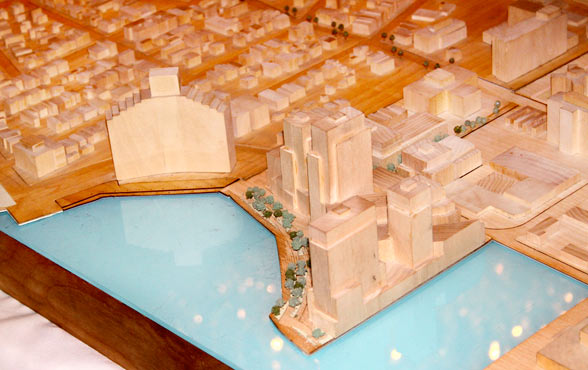 This past Tuesday, the six month review for the planned residential complex in Hallet ‘s Cove began with  a community meeting, and the reaction was…mixed, to say the least.

If you haven’t heard about the project, we’ll break it down for you. Basically, the waterfront at Hallet’s Cove isn’t being utilized as it should, so a plan has been put forth to create a residential community there. The plan includes 1,689 rental units, an esplanade on the waterfront, a public school that can house 456 students from pre-K through fifth grade, a supermarket and 54,000 square feet of retail space.

The plan should provide homes, jobs and much more to the area – the retail space, school and supermarket could possibly employ hundreds. But there’s been some opposition. First, transport to the area is difficult. Future goals include extended ferry service, and a shuttle bus to the subway. There’s also the fact that newly made residential complexes require money…most middle class Astorians are opposed to have their view of the water destroyed to make room for sky high towers with penthouses that cater to millionaires.

It’s a slippery slope – there are both benefits and downfalls to the idea. Here’s what we think: a lot of Astoria is still in the past. We think that jobs are important, and creating jobs is never a bad thing. We’re not keen on the price point that the rentals will be at though.

What are your thoughts? Do you think it’s time for Astoria to expand? Or is it not the time and place?