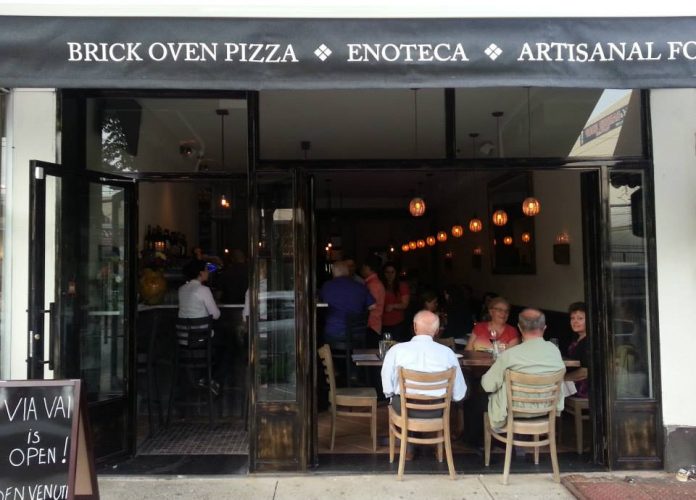 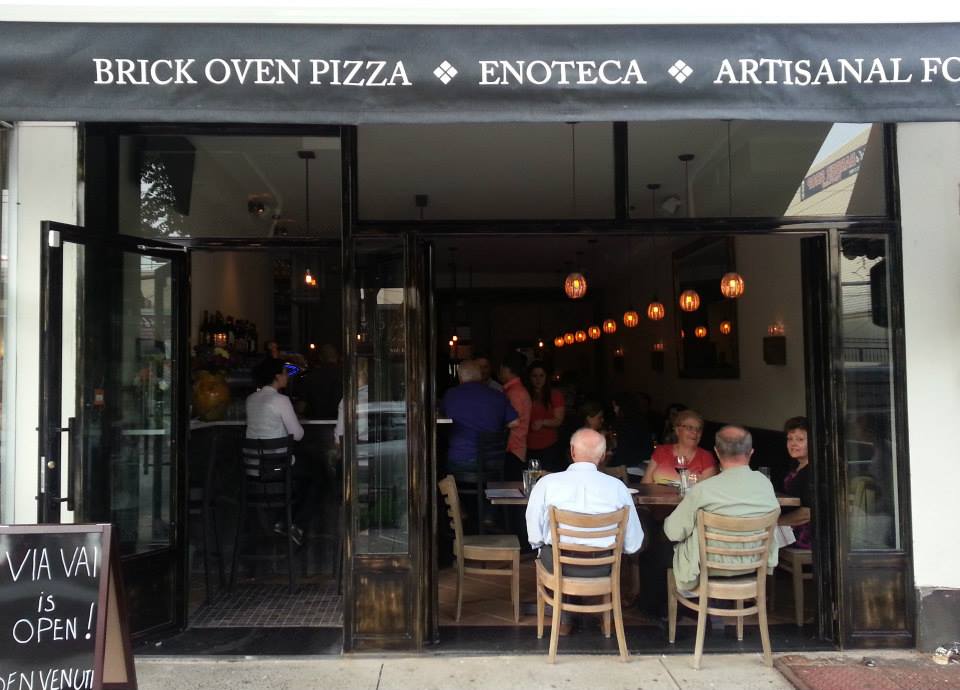 Last Wednesday, we saw the soft opening of Astoria’s latest pizza shop. This one though, is just a little different from what we’ve been seeing lately. And by different we mean so insanely authentically Italian that we started saying Ciao. Via Vai opened at 31-09 23rd Avenue, by the adorable husband and wife duo made up of Cynthia and Antonio Morichini.

When talking to Cynthia and Antonio, we seriously felt the passion they had for their new restaurant. They gushed about the authentic ingredients, the hand-picked decor, and the way their entire family came together to bring Via Vai to life.

After spending time living in Italy with their three kids, Cynthia and Antonio moved back to New York – and came to what they call their second home: Astoria. “We love the people here, we love the neighborhood. When we decided to open a restaurant, we knew no where would feel like Astoria,” Cynthia told us.

The menu has been entirely created by Antonio – a chef from Rome who has spent nearly his entire career working in Michelin star restaurants in Italy. The ingredients Antonio uses are out of this world. Nearly everything is imported fresh from Italy – especially their cheese. They have two types of mozzarella: buffalo mozarella, which is creamier and milky, and fior de latte, which is equally amazing, but with a different texture.

The dough Antonio uses is strictly homemade at the restaurant, and he uses it to create beautiful, fresh pasta and gnocchi every day, as well as for the base of their mouth-water pizzas. (I am getting so hungry writing this story).

There’s 14 different pizza selections on the menu, and I would be lying if I said I don’t plan to try them all. They’re all made in Via Vai’s brick oven which – you guessed it – was imported from Italy. There’s the two classic Italian choices: red – with sauce, or white – without sauce. There’s toppings like mushroom, sausage, eggplant – even vegetables for the vegetarian Astorians out there. ALSO, THERE’S A NUTELLA PIZZA. WHAT. YOU CAN HAVE PIZZA FOR LUNCH. AND THEN MORE PIZZA FOR DESSERT.

The thing about Via Vai is that you can really taste the difference in their pizza. It’s not just the sentimental idea that they put love into their food – it’s the actual fact that their ingredients are imported straight from a place that created pizza. You can tell the difference between fresh and store-bought ingredients – and that difference carries over so well in the food they make.

The brick oven pizza at Via Vai

ALSO. WINE? THERE IS SO MUCH WINE. If you’ve never heard of an Enoteca, it’s basically an Italian wine bar. Life in Italy is more relaxed, you can go out and enjoy a few glasses of wine at your local Enoteca, gorge yourself on pizza, and then go for a long beautiful walk. Unfortunately, life in NYC tends to get a little fast paced – and I think we should totally start implementing Enotecas. Astoria is no stranger to wine bars, and Via Vai’s is a great addition. We can see ourselves coming here for a late dinner with friends and loving it.

The interior of Via Vai is simple, straight forward and rustic. There’s no flashy lights – just a casual interior that leaves all the focus to the great food. Cynthia, who loves antiquing, created much of the furniture from reclaimed barn wood. Her brother, an artist, painted all the stools and chairs, so they would really bring together the decor.

All in all, Via Vai is a great new pizza addition to the neighborhood. We always love seeing really authentic restaurants open up, and we’re excited about this new piece of Italy that’s taken up it’s home right here in Astoria.

You can see Via Vai’s dinner menu below, and keep an eye out for their lunch menu as well! 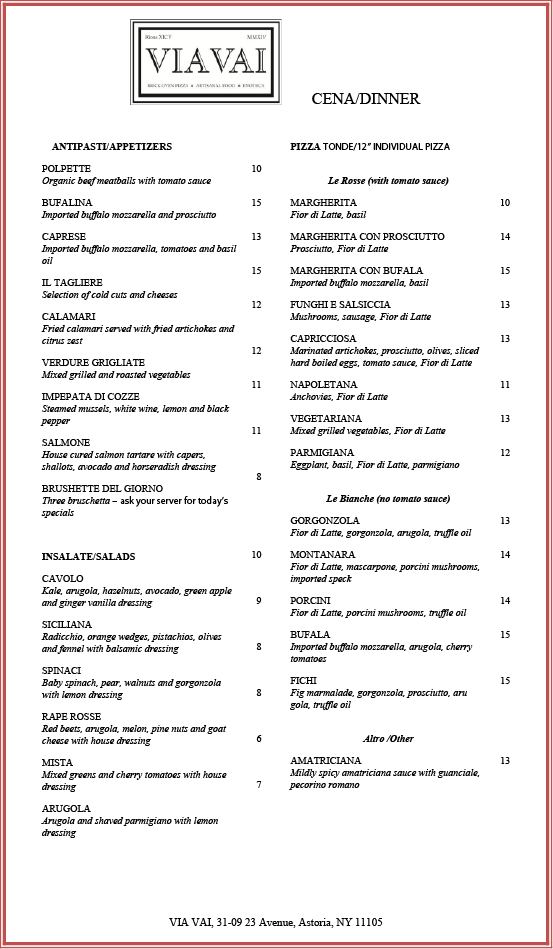 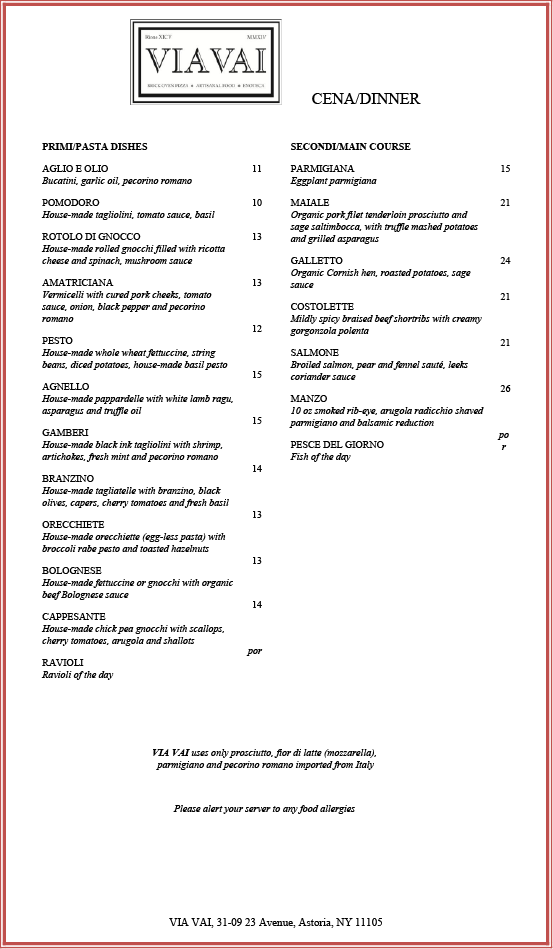 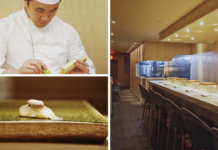 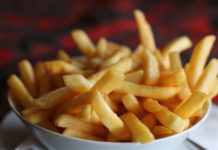 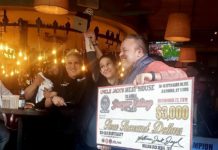 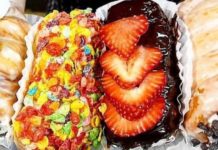 Business Loulou Chryssides - January 22, 2020
0
Romano's Famous Pizza & Gyro is set to shut its doors at the end of this month, as per the Queens Gazette. The long-running pizza...