Political Junkie Uses the ‘F’ Word – Not, Not What You’re Thinking!

Wednesday evening July 23, Political Junkie, at a public meeting, at the Museum of the Moving Image, regarding the conversion of the Westway Hotel into a permanent homeless family shelter got the attention of the panel by referring to the emergency order enabling the conversion as “government by a four lettered ‘f’ word”; fiat!

Without going through usual land use procedures due to the so-called EMERGENCY, a Request For Proposal was issued and answered.  It was not made clear whether the proposal has been accepted by NYC/ WOMEN IN NEED.  The Community Board was informed of this “done deal”.  Not long ago, a tall man appeared as a guest of the Board.  He then held public office as the NYC Public Advocate and it was apparent that he was running for the mayoralty.  If CB1 was important enough then, why wasn’t it now?  There are important enough legal questions regarding the  issue of EMERGENCIES ORDERS,etc. to prompt a response from the elected officials of the area, State Senator Jose Peralta, City Council Member Costa Constantanides, and Assembly Member Aravella Simotas who promised to look into all the legalities of this FIAT.

The meeting was SRO, with about a hundred residents unable to fit into the auditorium of American Museum of the Moving Image where about 300 early arrivals were seated.  The response was huge thanks to the outreach by the sponsor, United Community Civic Association, and its President, Rosemarie Poveromo who also was moderator of the event.
About 98% of the speakers expressed dismay at the location and size of this homeless site.  It was pointed out that the cost to the taxpayers over $2,300,000 over six months was only serving to make the owner of this private property richer daily, while it does not serve the homeless or the local community well. Meanwhile, abandoned properties such as Parkway Hospital and Parsons Hospital remain abandoned while the owner of Westway made his property available for use as a 131 unit with kitchens in order to permanently house homeless families with children. ($100per day x 130 units=$13000 per dayx30days=$390,00per month x 6mos,=$2,340,000) That’s Two Million three hundred and forty thousand dollars spent .  It seems to me we could do a better job helping the homeless!

The proposed location of the shelter

Meanwhile, questions on the efficacy of “24 hour security” were promised to be reviewed in view of recent reported breaches. The panel consisting of representatives from NYC Department of Homeless Services and WIN tried to answer the public’s questions (sometimes in controversy with each other or themselves). Ugh!

When emphasizing that they would make a commitment to the community to monitor  the  over-all situation, one must wonder what happened to the commitment of two years ago to keep this a shelter for 31 homeless women on a day-in and morning-out basis.  This commitment was made by negotiations between the owner of the property, the residents of the community, UCCA and Council Member Peter Vallone Jr. and is recorded in minutes of the meetings and the local press.  I guess that’s another legal issue that needs perusal.

Taking a long look at this situation, it’s not  good government to issue a controversial fiat and then leave for vacation 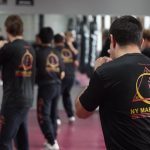