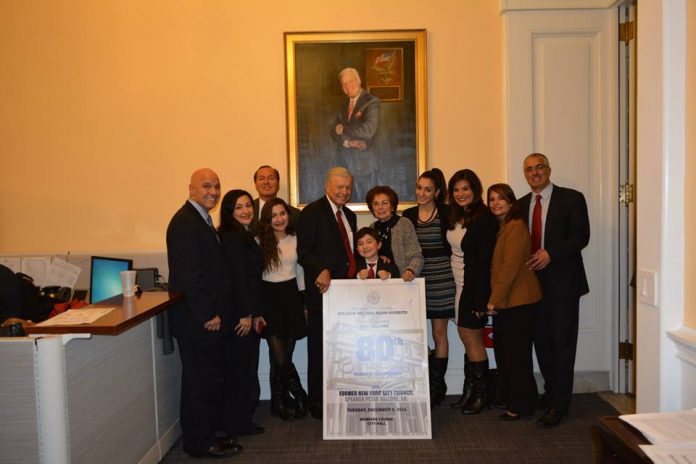 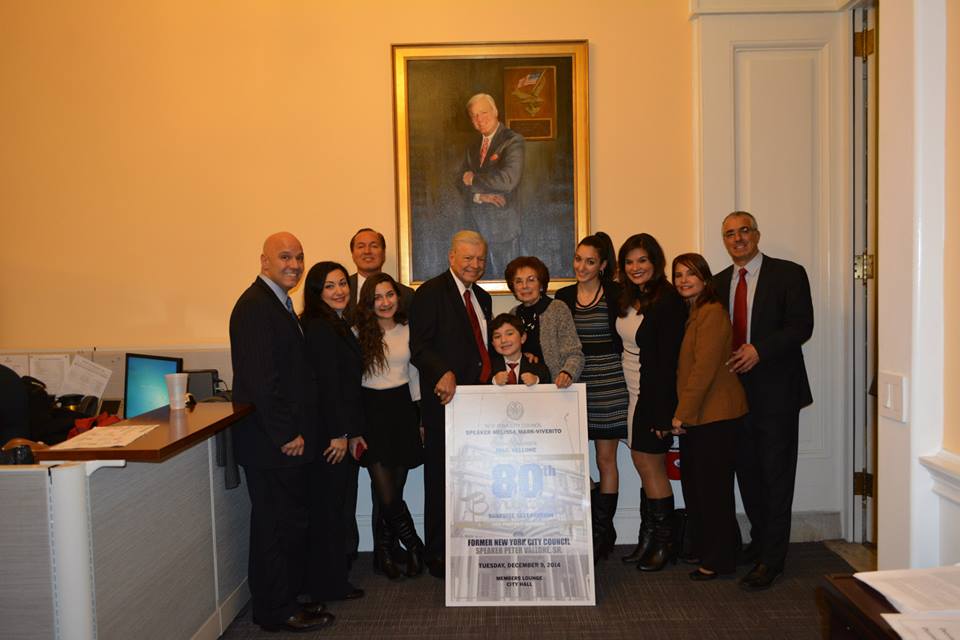 In honor of his 80th birthday, Peter Vallone Sr., former New York City Council Speaker, was honored with a surprise birthday party at City Hall – which included an unveiling of his portrait.

Peter Vallone Sr. is a  former Democratic New York City Councilman who represented Astoria from 1974 to 2001. He was the second most powerful official in New York City’s government, after the mayor, when he became the city’s first Speaker of the City Council in 1986. Vallone drafted changes to the City Charter in 1989 that allowed the NYC Council greater say in the matters of the budget. Currently, he teaches Political Science at Baruch College – using his experiences and knowledge to educate the next generation.

“I want to thank everyone from the bottom of my heart for making tonight such a special night for my family and most especially for my Father, Peter F. Vallone, Sr. It was incredible to see so many of my Father’s friends, family and former colleagues join us in celebration of his 80th birthday as well as the unveiling of his portrait in City Hall. To Mayor Bill de Blasio, Speaker Melissa Mark-Viverito, Mayor David Dinkins, Public Advocate Letitia James, Speaker Gifford Miller and all of my colleagues in the City Council, I thank you for speaking so highly of my Father and of the work he was able to accomplish during his time as Speaker. Happy Birthday, Dad!”

It was a great event that truly honored one of New York City’s most influential Council Members.