Looks like there’s one less strip club in the neighborhood: Scandals has stopped all scandalous activity, and shut their doors for good.

We recently wrote about Perfections Strip Club, and the myriad of drugs, arrests, fights, and general ill natured debauchery that goes on in the club – and Scandals wasn’t much different.

The club, located at 24-03, is an an area that is quickly becoming residential – and a residential neighborhood isn’t exactly the best place for a strip club. 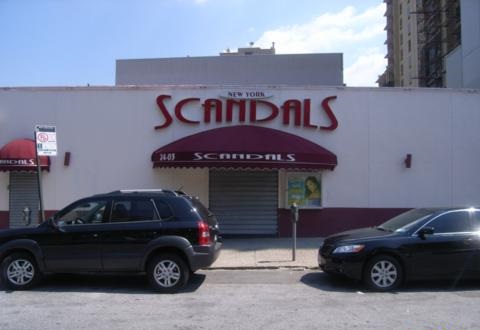 Scandals was never known for it’s great reputation. The Yelp page for the club is filled with unhappy reviews – but then again, we’re not sure the general population reviews their strip club experience for all to see.

So what do you think Astoria? Is one less strip club good? Are you a Yelp reviewer that is said to see it go? Sound off!