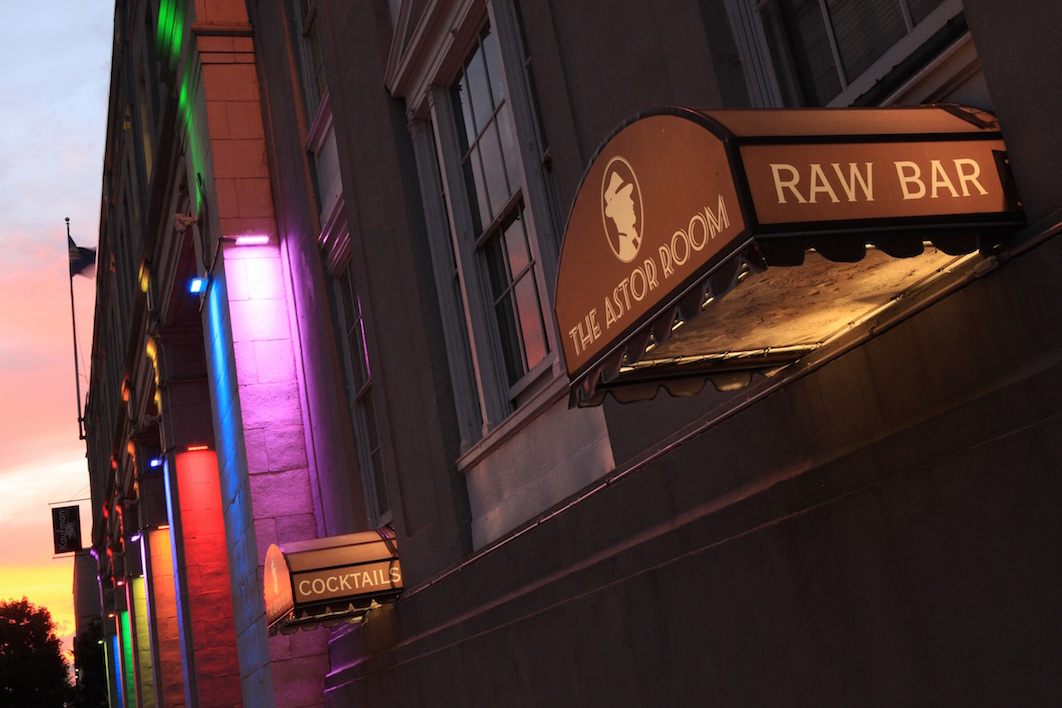 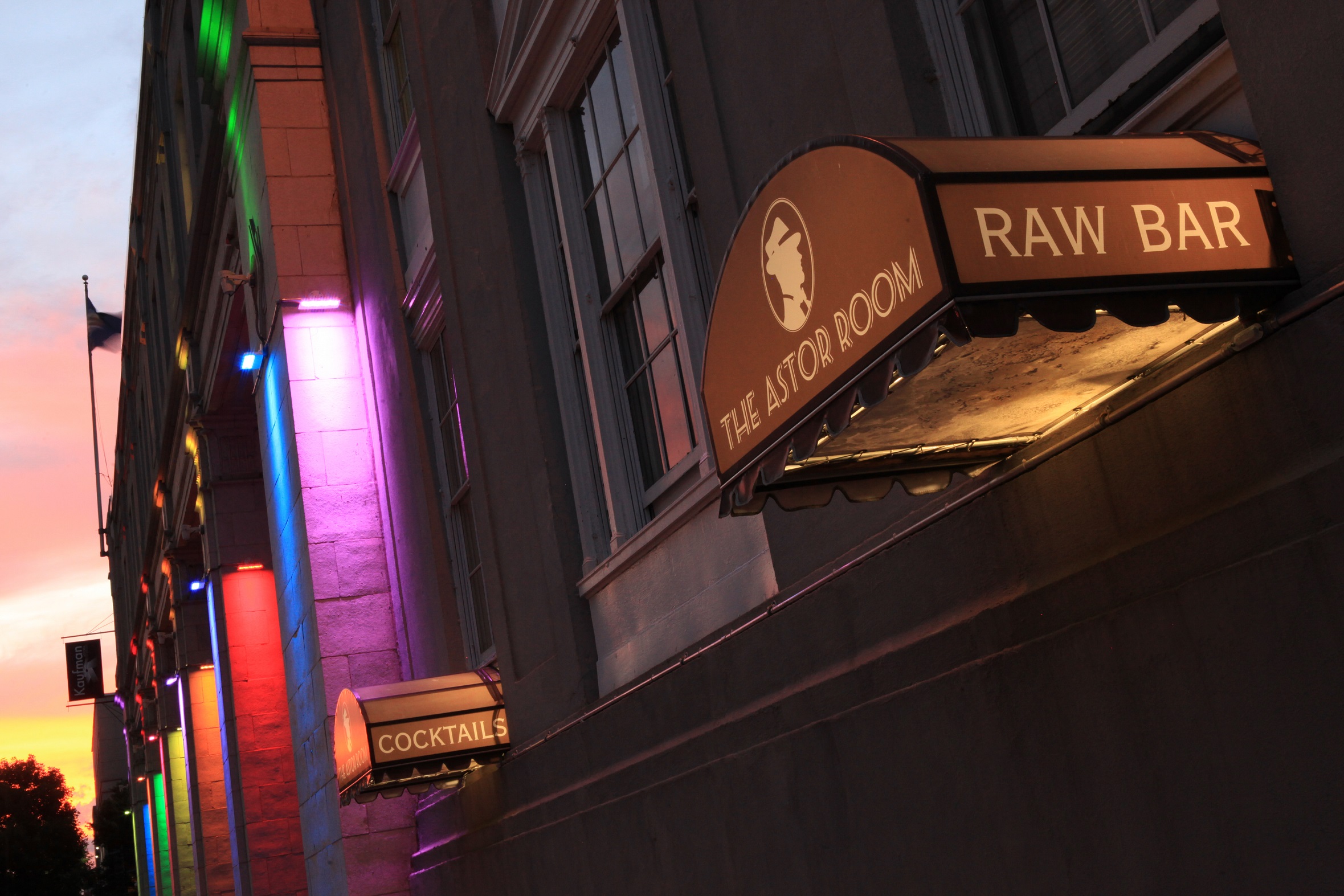 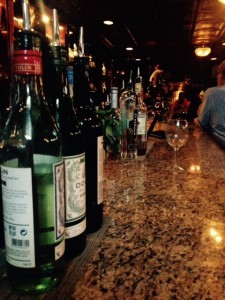 The lights are low, the band is buzzing, and the drinks are shaken not stirred, as head bartender James Rieser puts together some of The Astor Rooms classic cocktail concoctions for Happy Hour.

7 years in the business of mixing drinks and a year and a half at The Astor Room, James fits like an old glove into the mahogany drenched 50’s style setting.

‘It’s like being transported into a silent movie, the romance is most certainly there’ he tells us as he finishes off the making of The Studio Cocktail: The gusto of a citrus filled base lingers with ease on the tongue with this sweet undertone aftermath of a classic Kaufman cocktail. For the lover of the sweet intoxication.

As he begins effortlessly chopping, adding and mixing another cocktail with the nonchalance 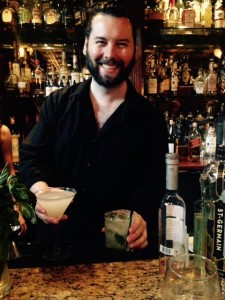 and precision of a seasoned vet, he tells us a little history of the The Astor Room & Kaufman Studios. The studios were originally built as Paramount by founder Adolph Zukor in the 1920’s.

The location was chosen because of its proximity to Broadway, with most of the actors all Broadway actors at the time.

It was quite a busy scene until the 1940’s after which Paramount moved, and the US Government took over beginning to develop news rails and short propaganda films, that were shown in cinemas before the feature.

In 1979, George Kaufmann – heading up a non-profit organization – took over. The studio had been abandoned since 1970, and Kaufmann soon convinced Diana Ross to film ‘The Wiz’ there, which in turn helped to rejuvenate what became Kaufman Studios. From then on, the studio saw The Cosby show, along with the ever present Sesame Street, all find a home there, with shows like Orange is the New Black and others joining the group. 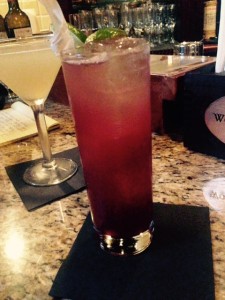 My Darling Clementine with The Studio Cocktail behind.

As James places My Darling Clementine on the napkin, I can’t help but also feel transported back in time. In the far corner by the entrance, the band sizzles with their unique sound. Swinging sax, eclectic guitar and trembling bass, all adding to the ambiance, along with the old worn piano tucked comfortably behind, almost like an old friend waiting for someone to ask him to play it again.

And as I sip on Clementine, my foot can’t help but tap along with the rhythm, while the fuzzy drink fills my taste buds with a buzz. The tequila is a palatable reminder that this classic has bite. For lovers of a spirited bubbly kick, you got to go with Clementine.

But Happy Hour is far from over as patrons fill the seats and the atmosphere with conversation and laughter. Outside in the garden, more Happy Hour goers enjoy the summer breeze as the drinks flow. But inside, Melissa takes the reigns with a smile as she prepares two more classic cocktails, while James has a seat.

The lights a dimmed, and the vibe is right. The smell of Happy Hour nibbles is present in the air as the cheery waitresses swing and 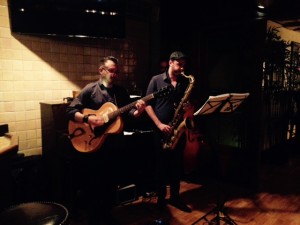 sway their way through happy patrons.

‘What’s with the beaver?’ I ask James, motioning to the stuffed beaver above the bar, munching away on some wood.

‘It was a prop, put there as homage to John Jacob Astor’

Ahhh. And that’s just what this place is. An homage. To a time, a culture, all tucked away in the past and brought to life once more.

What is the The Astor Room now, started off as a lunch commissary in 1920 to mid 1940’s when it was turned into an Officers Club. But eventually it turned back into a commissary from 1979 to 2010 after which Chris Vlachic bought the place – and with a vision – transformed it into the brilliant step back in time it is today. 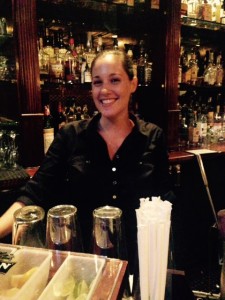 Melissa places Blood & Sand, along with Sazerac on the table.

Blood & Sand is my favourite of the night. Very invigorating orange zest scent. And an equally strong Vermouth taste to match, without overpowering the senses, while the Buffalo Trace Bourbon works perfectly with the Cherry Heering.

Sazerac is a solid, whiskey influenced drink that washes down your throat neatly. Absinthe rinse sticks nicely to your lips while lemon oil gives it a smooth flow, making for a stronger cocktail, for those who wish to sip and not gulp.

A nod and a smile is just like the tip of a hat to Melissa as she smiles right back, knowing the cocktails really do hit the spot. A new resident to Astoria, she’s never looked back. ‘The night life and the people are great’ she says as she shakes up another storm. 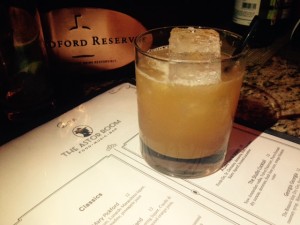 The menu changes seasonally. Summer is filled with bubbly, light spirits and fruity tastes, while winter sees whiskey and bourbon taking prevalence (to warm the coldest days). And there is always a hint of the new at The Astor Room. James, along with the other bartenders often take time to create new and unique cocktails, while also using their skills to perfect on the classics.

And the classics (all named after movies mostly filmed in the Studios) are always there, and for that, we are truly grateful.

My experience in the The Astor Room was just that, an experience. The want to go home and change into a wide lapelled, double breasted suit with a pocket square, grew with every sip. 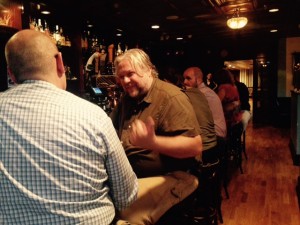 The staff were nothing but smiles and grace, and the cocktails were exactly what they were supposed to be.

And with that, Happy Hour truly was Happy. 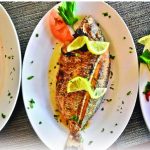