How Polluted Are We? 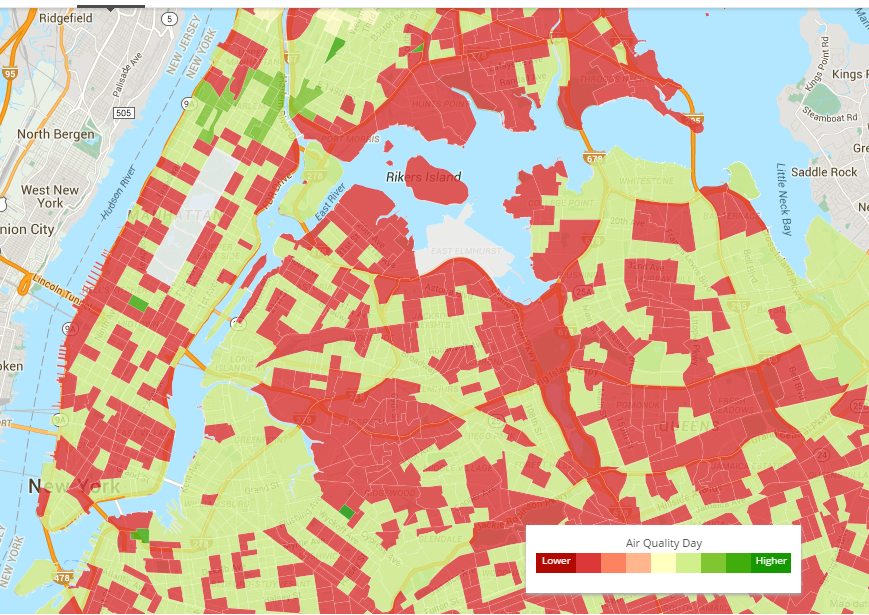 Pollution awareness in New York City isn’t something new. In fact, we’re used to it. We kinda stopped complaining. It’s there.

And we each do our best, or there abouts, to keep it to a minimum.

But just how much has worked, and where does Astoria stand in this spectrum of condensed air and musky summer smell (to put it nicely)?

Well, according to this map which measures the Air Quality Index (AQI) – a scale of numbers that represents the current daily air quality levels in different areas – there’s a bit of a mix in good ol Astoria.

But for the most part, it ain’t too bad, and then again neither is the rest of NYC.

As you can see, there are plenty of reds, broken up with some greens here and there. LIC actually has a more green area then most other parts. But Astoria has just about the same on both sides, maybe a little more red once you start getting higher. 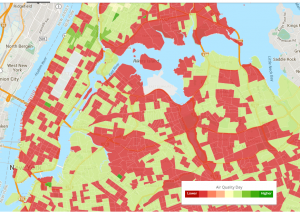