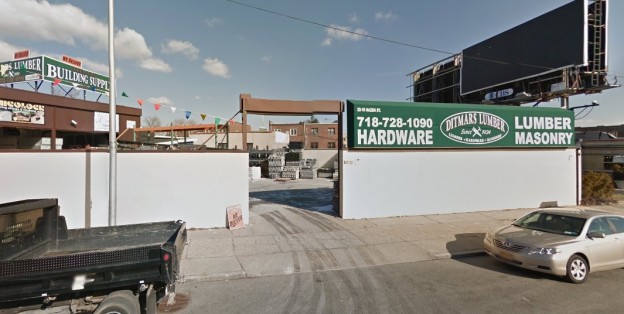 Located at 69-15 Astoria Blvd, the Astoria based lumberyard site has put up its ‘For Sale’ signs.

But what can Astoria expect to see take its place?

The property, which The Queens Courier stated was versatile, may be quite the potential for a commercial or residential development.

However in regards to Astoria and recent developments, residential would probably be the direction.

“New York is experiencing an influx of young professionals, and opportunistic buyers will be drawn to the potential of constructing 14 residential units in prime Astoria.” Gavin Bolsom from GFI Realty (sales agents of the site) told the Queens Courier.

The area, which has a development size of about 9,500 square feet, is currently family owned. The owner wished to retire, and so naturally sale time is at hand. And the way properties are going up (both being built wise and value wise) there was no better time like the present.

Queens Courier reported that the attractiveness of the site is only increased when the fact that the N and Q are walking distance, along with areas full of cafes and restaurants, with Kaufman studios and Museum of the Moving Image also a short walk away.

This site is only one among many new developments in Astoria. But what will this development influx mean for Astoria’s future?

*Featured Image Via The Queens Courier