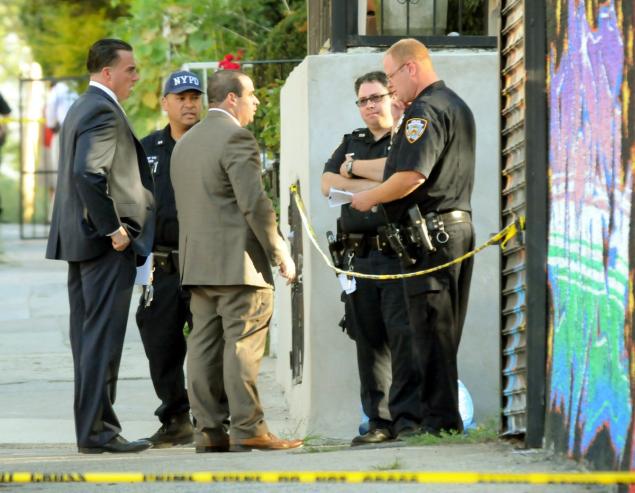 The victim, was 43-year-old Shawn McWhorter, DNAinfo reported. He was shot in the abdomen on Saturday morning by girlfriend Dawn Mcintosh, 46 over an argument in regards to McWhorter’s infidelity.

After Mcintosh had shot the victim in the side of the body, in an alleybehind 27-18 14th St., near 27th Avenue, she called her 21 year old brother Donte Watkins, in order to dispose of the body.

According to DNAinfo, the two allegedly weren’t able to move the body efficiently, instead opting for setting the victim on fire.

The victim was found shortly after, around 7am, when Firefighters put out the flames.

He was pronounced dead at the site.

The death was ruled a homicide by city examiners who said the cause was the gunshot wound.

On Sunday at 2 p.m, the sister and her younger brother were arrested, by the 114th precinct.

Watkins, the younger brother will face charges of tampering with evidence according to the Police, while Mcintosh, who has a previous arrest for assault in 1998 will face larger charges.