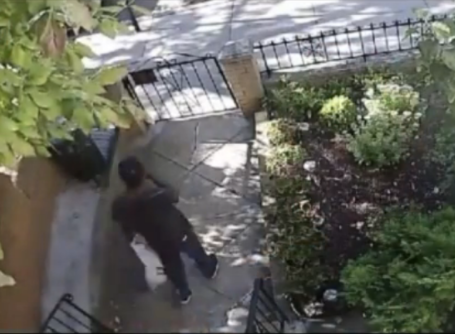 Surveillance footage captures a man on the phone in Astoria, casually entering a residence where he takes the delivered packages from the door without so much as a twitch.

The residents, Cecilia Leon and husband watched the footage of the man as he grabbed the two boxes, one containing a bathrobe which he took, the other containing a book which he threw away, according to Pix11.

When posting the footage on their social media, Cecilia was surprised at how many other residents of Astoria have had their deliveries stolen.

According to Pix11, police have reportedly made an arrest in the case, after Leon reported the theft.