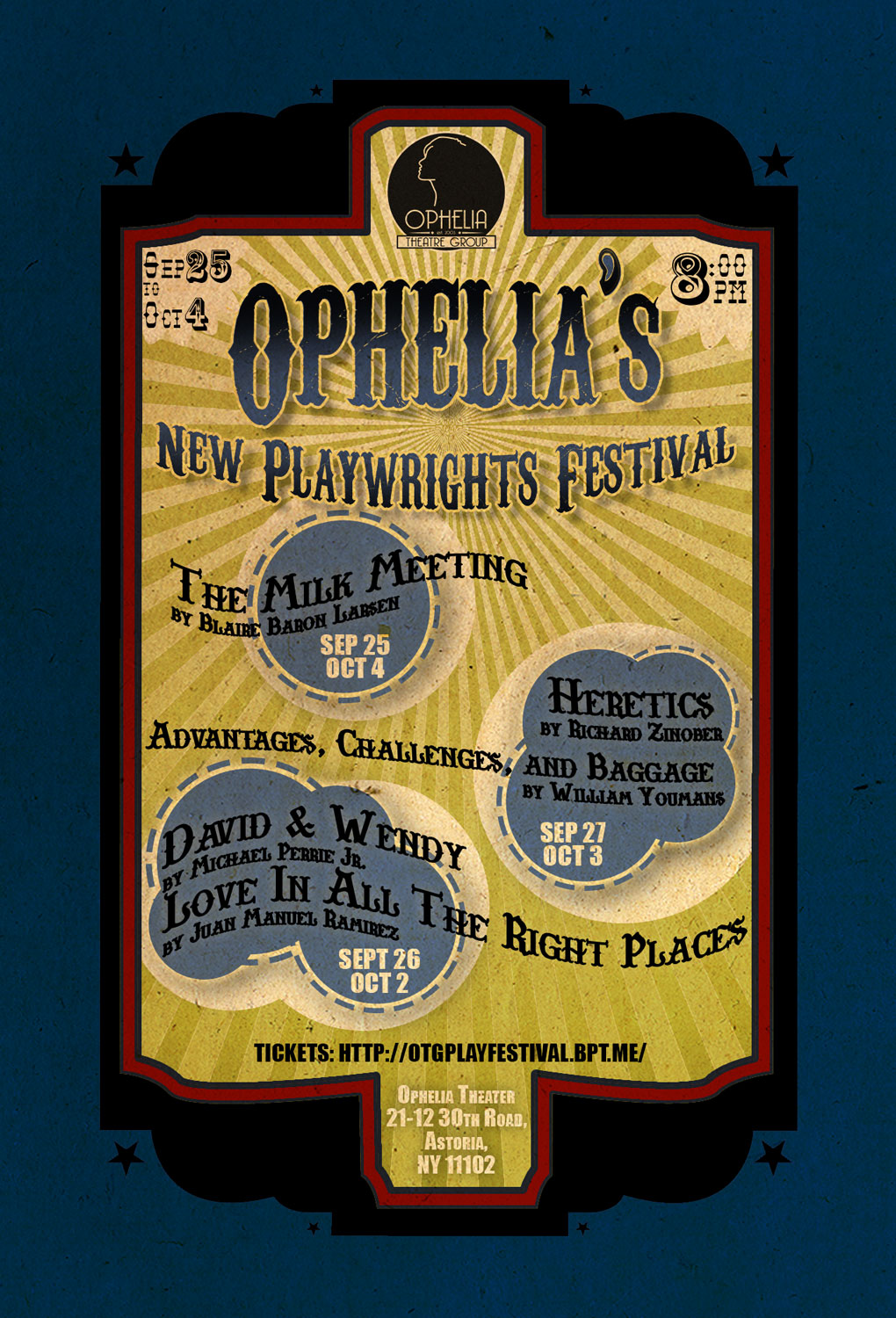 A young person is forced into what appears to be a personnel agency, and sent on a life’s journey in which good is bad and bad is good, and human wishes, hopes and dreams are thrown topsy-turvy.

Lisa, a member of a new religious group, is being held by two deprogrammers hired by her family.  As they try to get her to reveal the secrets of the group and to persuade her to leave it, the session becomes a psychological battle between Lisa and Mel, the head deprogrammer, who has a few disturbing secrets of his own.

Love in All the Right Places

Love In All The Right Places is set on at least one location in every borough of New York City. After Xavier meets Yvette through a misunderstanding, it becomes destined that the gods want them to continue to run into each other. How much of their pride will get in the way before they notice that they’ve found love?

The Milk Meetings becomes a hormonal “Stroller Coaster” ride of emotions, when a post partum mother, who experienced personal trauma the morning of 9/11/2001 – starts to throw disturbing theories and suspicions out to a politically correct Breastfeeding Support Group. Marissa Delaney’s obsession with 9/11 conspiracies, her rage at the present world system, and her fear for her baby’s future have catapulted her into a paralysis of terror – 10 years after the fact.