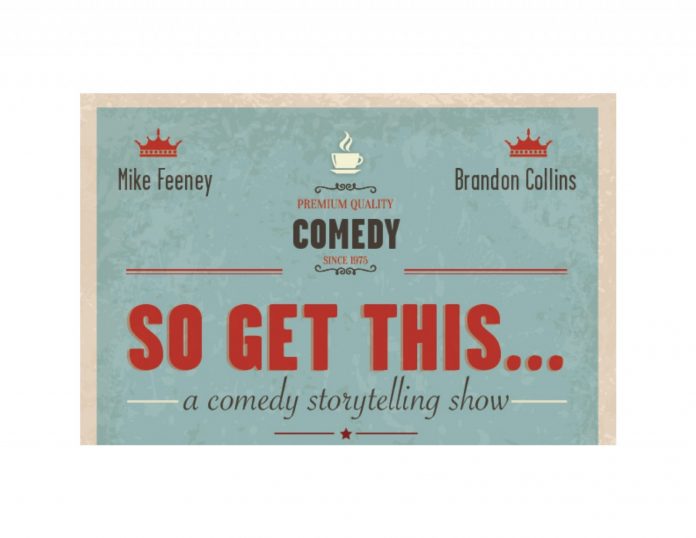 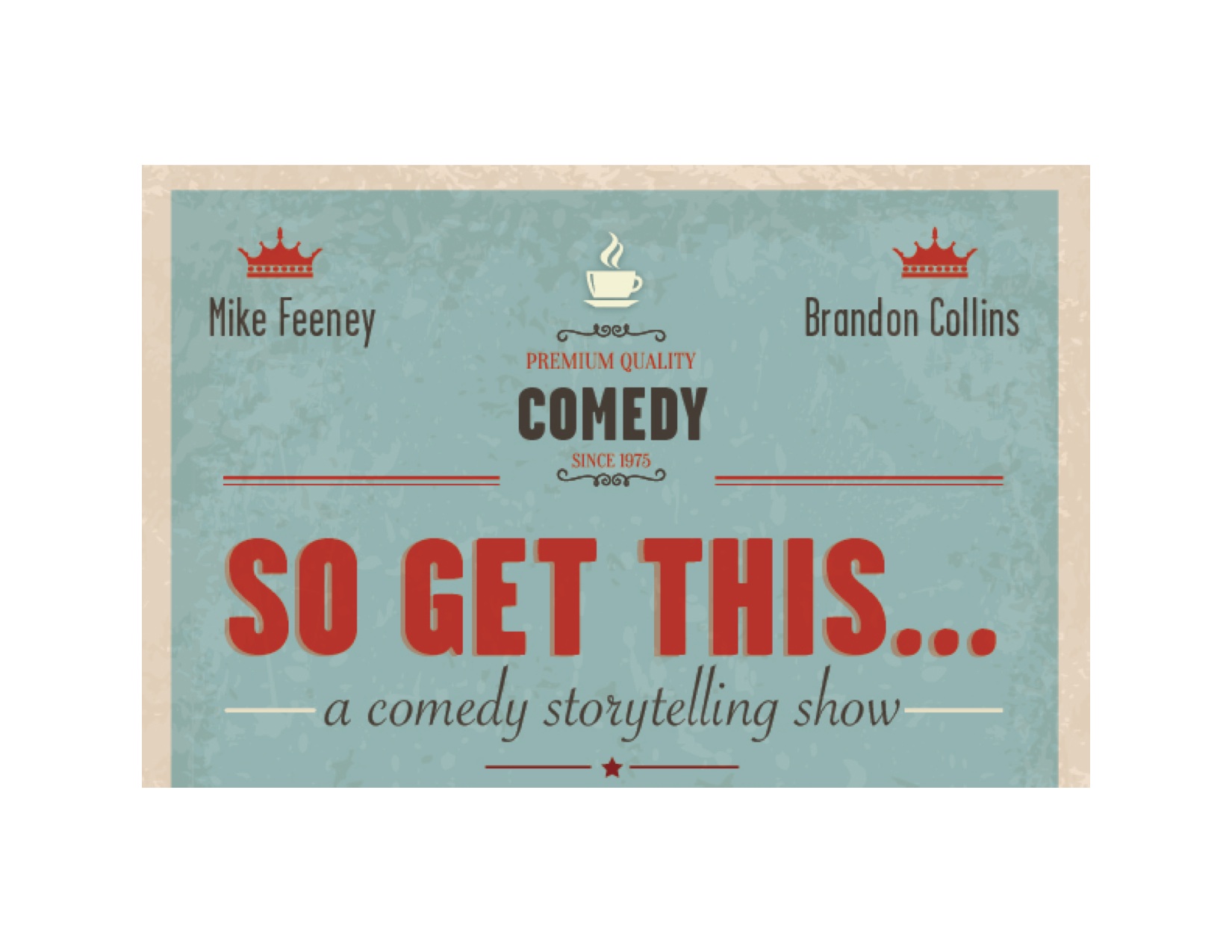 Producers/Comedians Brandon Collins ("Comedy Outliers") and Mike Feeney ("On the Offensive") bring you "So Get This…" – A Comedy Storytelling Show!

During this FREE showcase professional comedians will be ditching their material and telling one TRUE hilarious, honest story from their lives. Things are bound to get weird and personal in what guarantees to be an interesting, unique show!

Our next show is on Thursday, March 3rd

Coffee and snacks will be available for purchase during the show!!!

The comedians performing on this edition of "So Get This…" include :