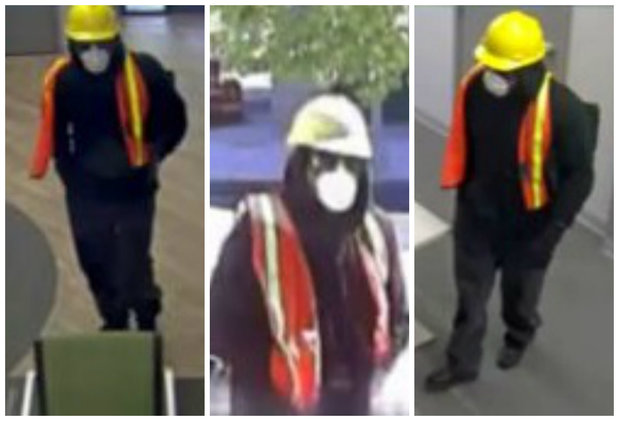 Dressed in construction gear with all the trimmings, including face mask, a man entered the Sussex Bank on Astoria Boulevard near 29th Street just before 4PM and attempted to rob the bank with a gun.

It was an unhappy ending for the crook, who was seen wearing a hard hat, reflective vest, gloves and sunglasses as he fled the bank shortly after without a dollar in his pocket, according to NYPD.

The suspect fled on foot west on Astoria Boulevard then up north along 27th Street.

It isn't known yet why he didn't end up scoring any cash, with some speculating that perhaps the staff either denied or ignored the man.