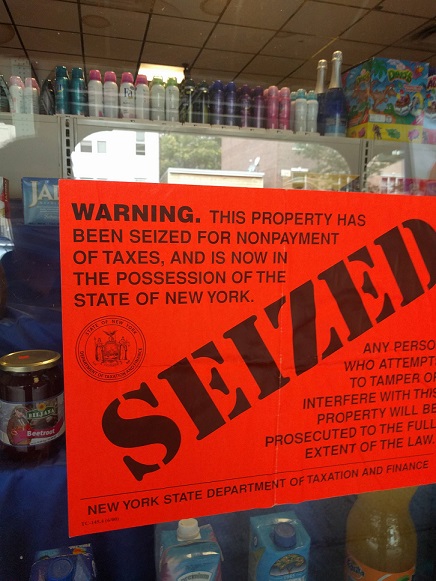 The Astoria staple on 30-42 31st has been giving the community a place to shop Euro for many years, and now it appears not everything was ok with Euromart.

The bright big red sign seen on the shopfront is anything but subtle, as the words ‘seized’ and ‘non payment of taxes’ is pretty evident as to what happened.

For a long time, Euromart was home to awesome treats like; olives, cheeses, meats and a great selection of beers which kept bringing Astorians to their doors. However all that seems bitter sweet as not only is it seized for non payment, but there were also rumors circulating on Astoria forums about workers who allegedly did not get paid regularly or even at all.

There is still no word as to the future of the store, if it will be replaced by something else, or if Euromart may just make it back.