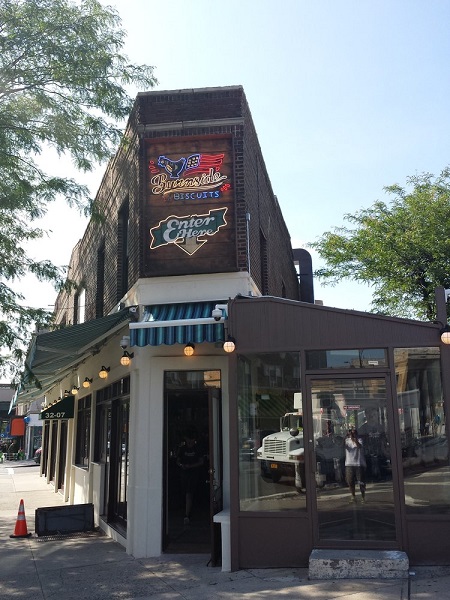 It opened only a year ago, giving Astorians and New Yorkers alike, a chance to come in and sample some good ol fashioned southern fried chicken and biscuits. However, the time was brief, as Burnside Biscuits on the corner of 30th Avenue closed it’s doors on Monday.

For the many who loved Burnside Biscuits, there may be hope on the horizon. The owners of the restaurant, the same owners as Bareburger, left a cryptic note on the door that has people wondering. 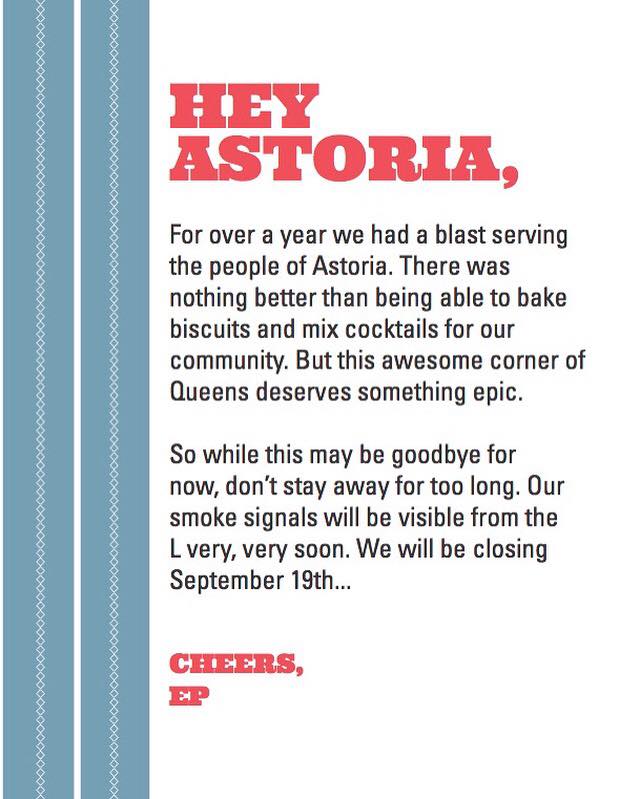 “For over a year we had a blast serving the people of Astoria. There was nothing better than being able to bake biscuits and mix cocktails for our community. But this awesome corner of Queens deserves something epic……..So while this may be goodbye for now, don’t stay away for too long. Our smoke signals will be visible from the L very, very soon.”

What could it mean? Speculation has begun to flurry on social media as some think they’re moving to BK.

Whatever the reasons behind the closure or the future of Burnside Biscuits, Astoria now has anepic corner space up for grabs!