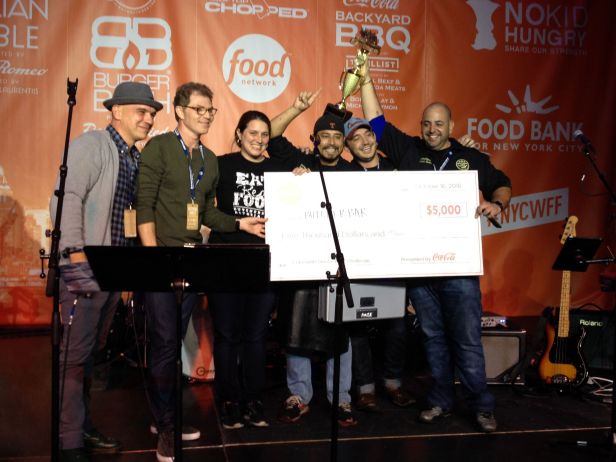 There is a reason why Butcher Bar on 37-10 30th Avenue runs out of Burnt Ends on a regular basis. No matter how much they make. Sweet, tender, succulent to the point of delirious happiness. Now it would seem that we’re not the only ones to crave them.

Our very own Butcher Bar and Grill has just won two amazing prizes for their famous Meat Candy, as they’re called! 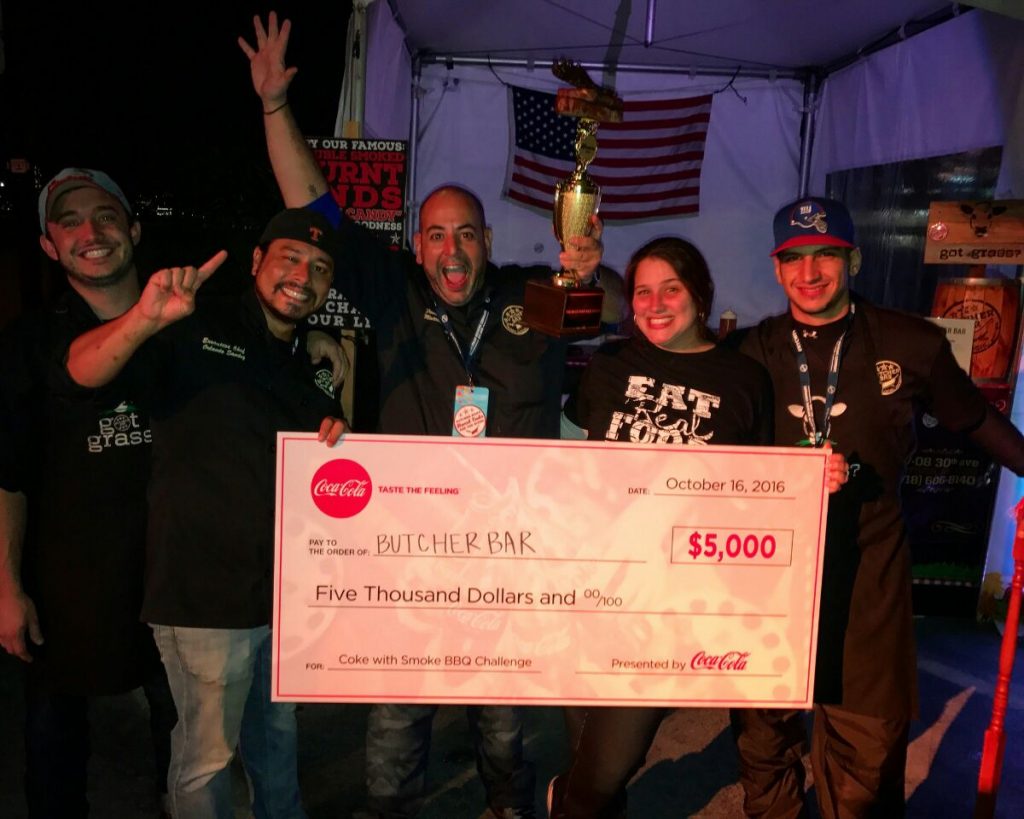 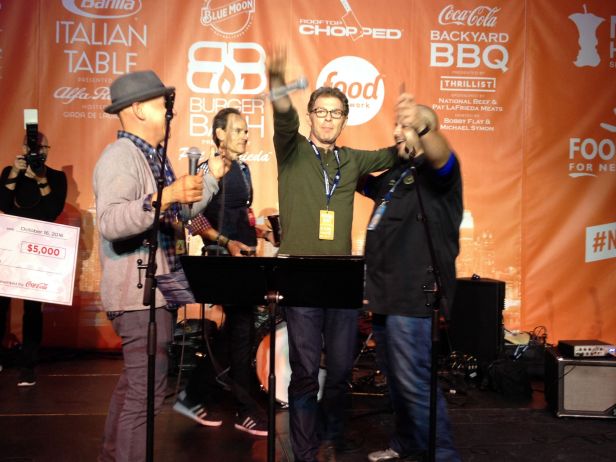 The event was presented by Thrillist and sponsored by National Beef & Pat LaFrieda Meats hosted by Bobby Flay and Michael Symon.

At the second win, Chef Bobby Flay even dropped the mic, as Butcher Bar showed New York who’s the best at BBQ.

Owner Matthew Katakis and head chef Orlando Sanchez and the rest of the team nothing but smiles all the way.

The competitions were held at New York City Wine and Food Festival, at Pier 92. From the very beginning there was a massive line at Butcher Bar, not surprising.

The event saw 30 BBQ specialist restaurants from all over the country turn up. Including Bobby Flay and Michael Symon, which were both beaten by Butcher Bar. 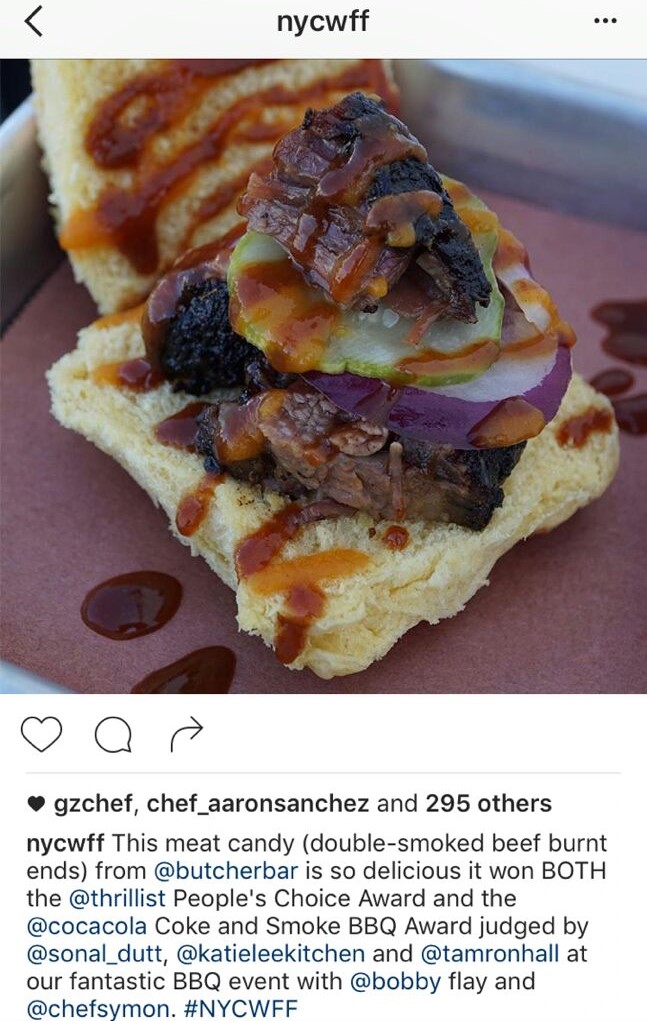 It’s funny to see how Butcher Bar, only been up since October last year, has taken New York by storm.

It started off needless to say, as a butcher. It’s home was next door to the now hot spot for about 3 and a half years.

But it wasn’t long till owner Katakis started cooking what was left over.

With an attitude that ‘every bit of an animal should be used’, the dishes he was serving were quick to be grabbed by patrons with a taste for quality.

Soon he moved next door, and the Butcher Bar, adorned with reclaimed red cedar and southern style, began to grow.

Butcher Bar was one of the first places to become fully conscious of animal treatment. It was also one of the first in NYC to sell only grass fed meat. The meat has absolutely no growth hormones, and every last bit gets used.

The meat is cut and kept on site with options to buy, or to sit and eat something absolutely delicious, made by head Chef/butcher and bbq specialist, Orlando Sanchez.

We couldn’t be more proud and happy to see one of our very own get the recognition they deserve.