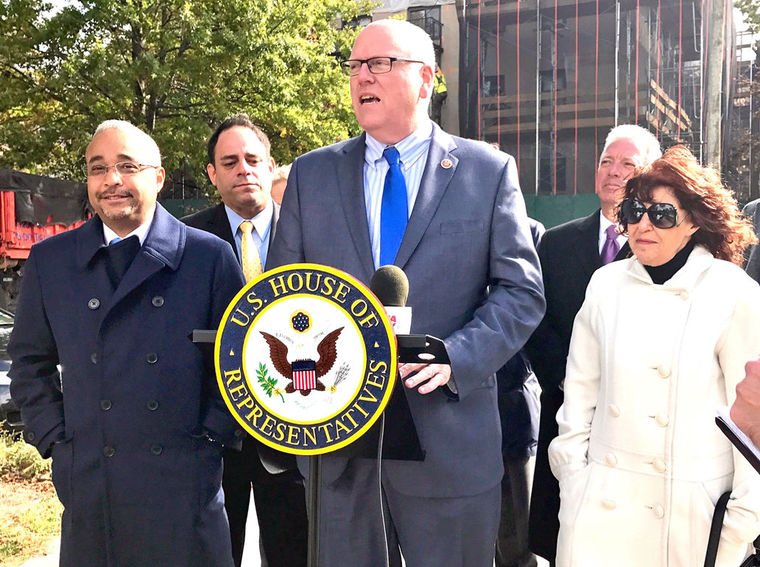 For the past 30 years the Marine Terrace complex in Astoria has been reserved for Section 8 housing. In a press conference last week where elected officials met, an announcement was made that it would in fact stay Section 8 for the next 30 years.

The press conference included; Rep. Joseph Crowley (D-Queens, Bronx), vice chairman of the Democratic Caucus, atate Sen. Jose Peralta (D-East Elmhurst), Assemblywoman Aravella Simotas (D-Astoria) and Councilman Costa Constantinides (D-Astoria). The announcement that the 444 unit complex is staying Section 8 was due to the property being sold to Related Companies earlier this year. The developers also announced renovations for the Marine Terrace due to take place.

Enhanced kitchens, bathrooms, windows, security doors, roofs and other spaces are among the renovations that will take place.

According to Queens Chronicle, a new community space is also on its way. With a new fitness center, laundry room computer lab and even an event space were also some of the new features to be included in the renovations by Related.

Related also announced earlier this year that two new buildings will be built on the northern portion of the property. They will be creating an additional 53 housing units for veterans.

How does it work?

In a joint statement released by the elected officials, they said that “the significant renovations that Related Companies is planning to undertake at Marine Terrace will help preserve much-needed affordable housing in our neighborhood, create a community space, and enhance the quality-of-life for all Marine Terrace residents.”

What do you think of the new projects and renovations for Marine Terrace?

The fact that Related chose to leave the properties as Section 8, along with building new ones was met with nothing but support from officials.

“The additional units will provide homes for our veterans who have risked their lives to protect our freedom and who have had a hard time finding a place to live. We wholeheartedly support this plan,” reported Queens Chronicle.

Expected completion of the renovations and added buildings is set to be completed Fall 2018, with construction set to begin this summer.

The project has a price tag of $49 million dollars.