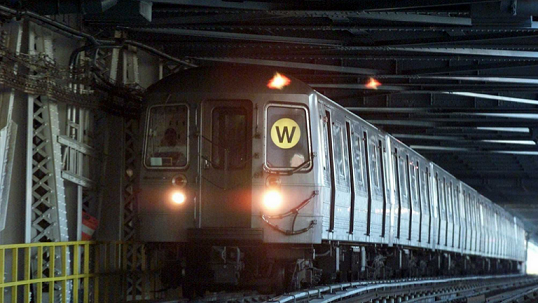 When the return of the W was announced in Astoria last year, there was no doubt a flood of enthusiasm from residents. Long abandoned and forgotten, many Astorians couldn’t wait to have ol faithful back on the line.

Now that it’s sunk in, however, problems have already began to surface for some straphangers. The re-introduction to the W for instance has decreased the number of trains per day to Astoria by 20. Something that Councilmen Jimmy Van Bramer and Costa Constantinides were furious – to say the least – about. In a joint statement released on Monday, the Councilmen demanded the MTA add the trains to the line.

“It is unacceptable that increased service for Upper East Side residents has translated to fewer trains for people in Queens, who have just as much right to functional, timely public transit as Manhattanites….We are demanding that the MTA restore these 20 trains to the N/W line in Astoria—because all New York City residents should have access to transit.”

What do you think of the W Astoria?

The response from the MTA is that they schedule the trains according to how much the line infrastructure can handle. Kevin Ortiz, a spokesperson for the MTA said – according to QNS – that during peak hours, service remains unchanged. Wait times also improve, according to Ortiz, during 17 of the 24 hours each weekday. The W, as a much shorter line than the Q, would also mean more reliable service. The Q unlike the W used to run all the way to Brooklyn.

However Ortiz was not completely unsympathetic, stating that even though “the impact on Astoria customers is negligible…..We will monitor W/N/Q ridership closely over the coming months, and if necessary we will adjust schedules where feasible.”