“Trump is President Assh##e, so you can kiss your visa goodbye”, Racist Idiot Goes Off In Astoria 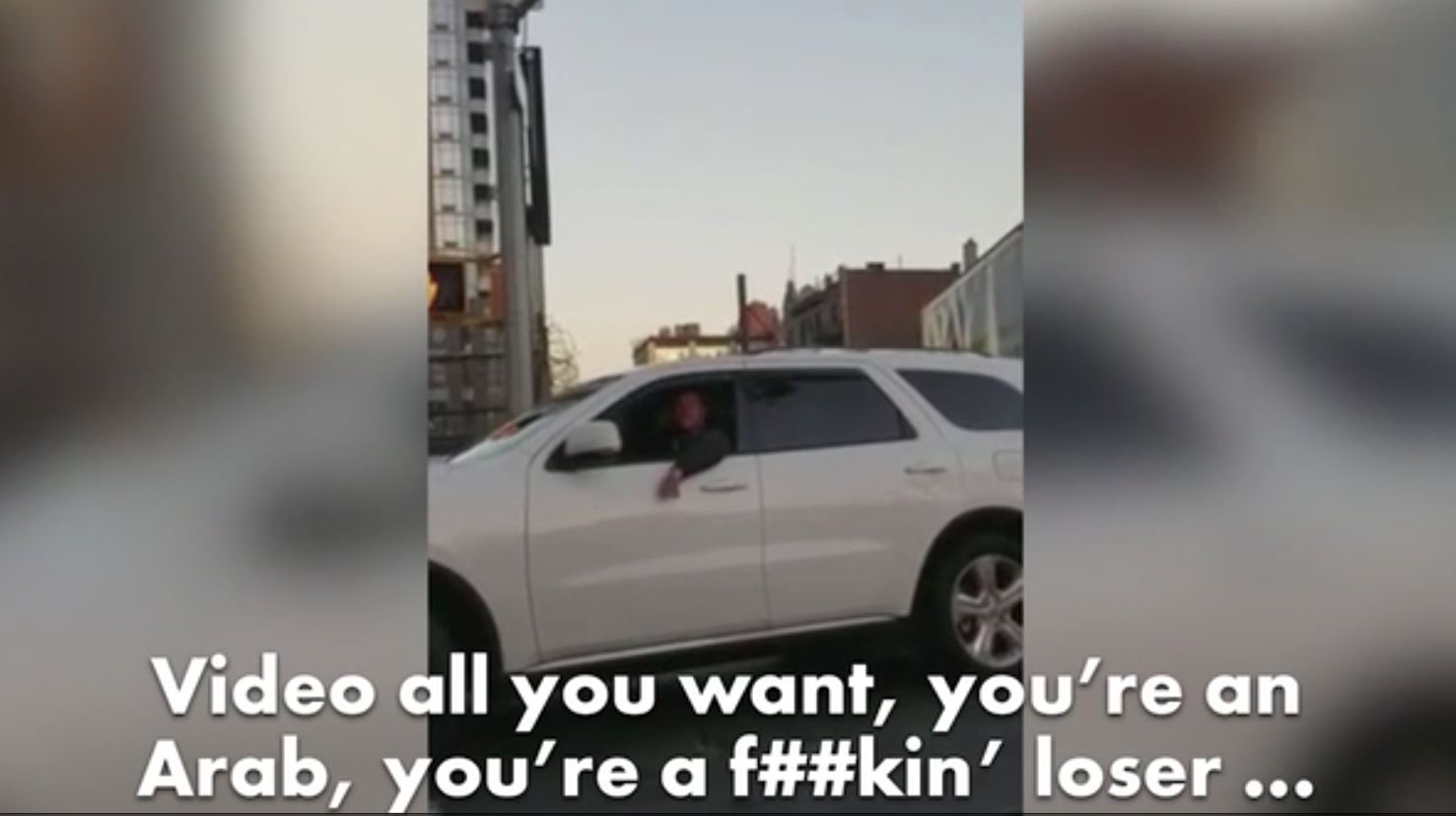 An Uber driver was a victim of racial abuse yesterday, November 17th, on Crescent Street by another drive who began a tirade of slurs stemming from the Trump presidency. The Uber driver, who is Arab-American, told New York Posts who first shared the video, that the attack was unprovoked. The man who lashed out at the Uber driver can be seen in the video driving a white SUV. The driver did not seem to mind being video tapped by the Uber driver, saying “Video all you want, you’re an Arab, you’re a f***ing loser,” he said. “Exactly, video me, what is that going to do?”

A statement by Senator Michael Gianaris was released today condemning the racist attack.

“In this community, we pride ourselves on our diversity and tolerance. Hateful rhetoric should not be tolerated in a neighborhood where all races and different beliefs are welcome….More than ever, now is the time to unite and organize. We will stand together against cowardly attacks and show that our values and vision for our country will triumph over hate.” Gianaris stated.

Link to video via: NYPOST.com

The video speaks for itself – things are gonna get ugly.

A toll free hotline was given the ok earlier in the week by Governer Andrew Cuomo, giving people a place to report incidents of bias and discrimination.

In a statement by Cuomo on Thursday he said, “Hate crimes have spiked across the country and this state has not been spared…..Last night, fliers glorifying the KKK were found distributed on cars in Patchogue. This morning, a swastika was discovered on the B train in Manhattan. These are just the latest incidents. My administration has launched a number of investigations into hate crimes targeting minorities and immigrants. I call on all public officials, of all parties, and indeed, all people everywhere, to denounce and repudiate these expressions, and to pledge to punish to the full extent of the law anyone engaged in such acts. To remain silent is to engage in a dangerous new permissiveness that threatens our American way.”

Residents are outraged at the insults, especially from a community that prides itself on being diverse.

Residents who have experienced bias-motivated threats, harassment or discrimination are encouraged to call DHR’s toll-free hotline at 888-392-3644 from 9 a.m. to 5 p.m. Monday through Friday.