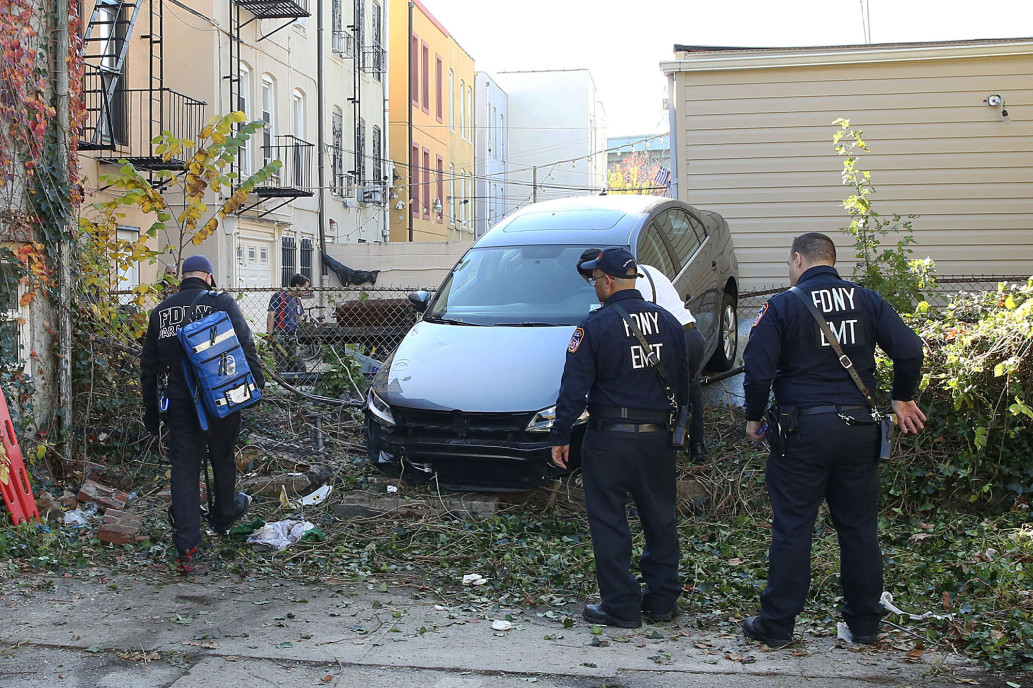 A woman in her 50’s backed into a 5 year old boy on Saturday, pinning the boy underneath her mini van until he could be rescued. It happened on 24 26 24th Street at around 11AM. The boy, according to police, was playing with his scooter in the driveway. The woman was backing up when she saw the boy, in a panic, she hit the accelerator instead of the breaks.

The Volkswagen flew back through the backyard fence, running over the boy and dragging him into a nearby yard. Neighbors gasped as the boy’s parents screamed at the site, the boy’s father yelling out ‘My son is under the car!’.

According to nypost, one neighbor called 911 after hearing a loud noise and a man screaming. Another neighbor tried to lift the VW off the boy, crawling underneath when that didn’t work.

When authorities finally rescued the child, the dad could be seen comforting him as he was being loaded onto the ambulance. “I’m right here, Dylan. I’m right here…Be strong, buddy. Be strong,” the father said.

Neighbors and friends all gathered quickly to try and help the situation. With some trying to dig the boy out as others told him not to move, in case a

bone had been broken.

The father kept screaming at the woman, ‘why were you going so fast?’”

The boy was rushed to Elmhurst Hospital and is in stable condition. The woman was taken to Mount Sinai Hospital. According to nbc, she will not be facing charges.