As the world watches with jaws dropped and eyes wide open at what has been going on in America these past few weeks, there are millions both abroad and at home that are standing in solidarity and joining hands as one. It is no surprise that in Astoria, one of the most diverse neighborhoods in New York, elected officials and the community alike are all coming together to show their support through this time of dramatic political and social changes.

This Friday, a group of local politicians are going to be showing their support for the Muslim community, following the very controversial (on a global level) Executive Order which President Trump signed, banning travelers from seven majority Muslim countries.

The Astoria Unity Rally will be taking place on the corner of 25th Avenue and Steinway Street and will run from 5PM to 6PM.

Councilman Costa Constandinides, who is co-sponsoring the rally said “following the abhorrent executive order banning travel from several Muslim-majority countries, we must join together to fight for justice and equality for all New Yorkers.” Other co sponsors are Congressman Joe Crowley, State Senator Michael Gianaris and Assembly Member Aravella Simotas.

“Muslim-Americans and Muslim immigrants are a core part of Astoria’s history and community. Our nation was founded by immigrants and immigration continues to be an integral part of achieving the American Dream,” he added.

There have been rallies and protests all over the country following the Executive Order Trump signed on Saturday. The order resulted in over 190 individuals being detained at airports across the country sparking nation wide outcries.

“The Astoria community stands together with Muslim-Americans. Muslim-Americans and Muslim immigrants are a core part of Astoria’s history and community. Our nation was founded by immigrants and immigration continues to be an integral part of achieving the American Dream.”

Along with the four officials which will attend the rally are also members from the Muslim American Society of Queens, and the Ansob Center for Refugees, who will speak to the crowds. 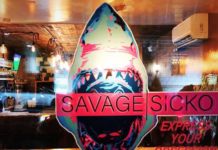