The Union Rat has found its way to Kaufman Studios in Astoria. 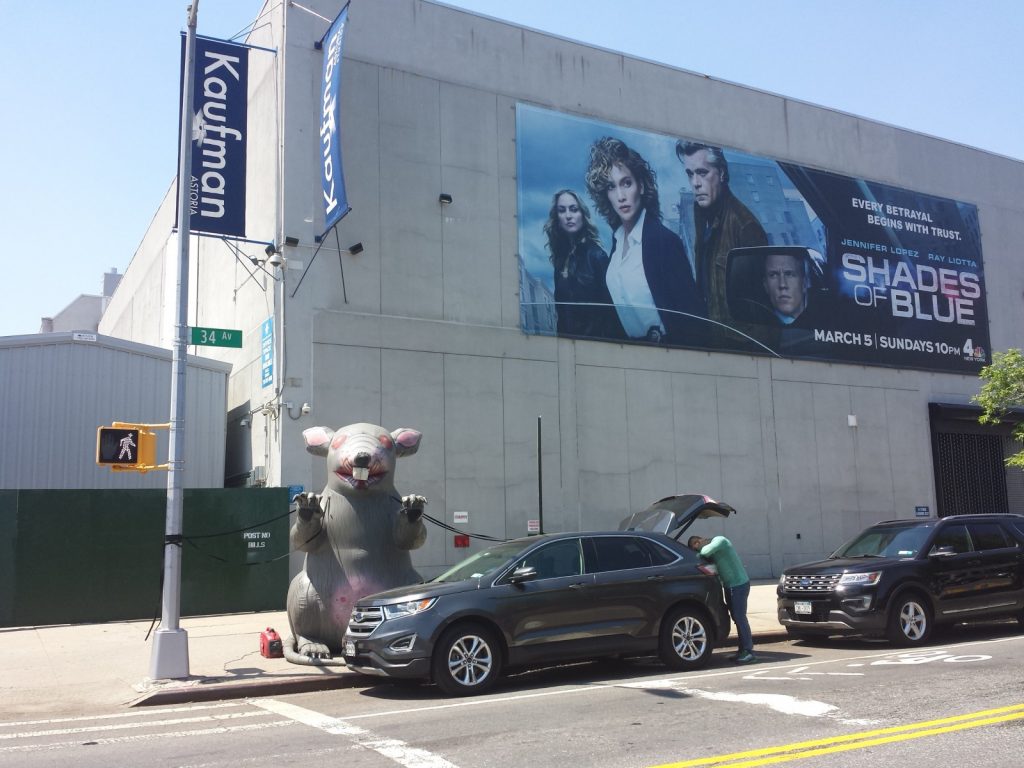 For those of you who may not know the meaning behind the inflatable rats, they are commonly known as Union Rats. The monster rat is used for protesting or striking trade unions against employers or nonunion contractors. The rat signifies a sign of opposition. It also acts as a call to the public, letting them know that the company is employing non union members.

What do you think of the Union Rat?

The rat first appeared at Kaufman studios a week ago then disappeared. After a few days it returned to the corner of 34th Avenue and 36th Street.

Kaufman Astoria Studios was first built in 1920 and was originally home to Paramount Pictures. Today, the studio hosts top TV shows like “Orange is the new black”, “Sesame Street”, “Nurse Jackie” and more.