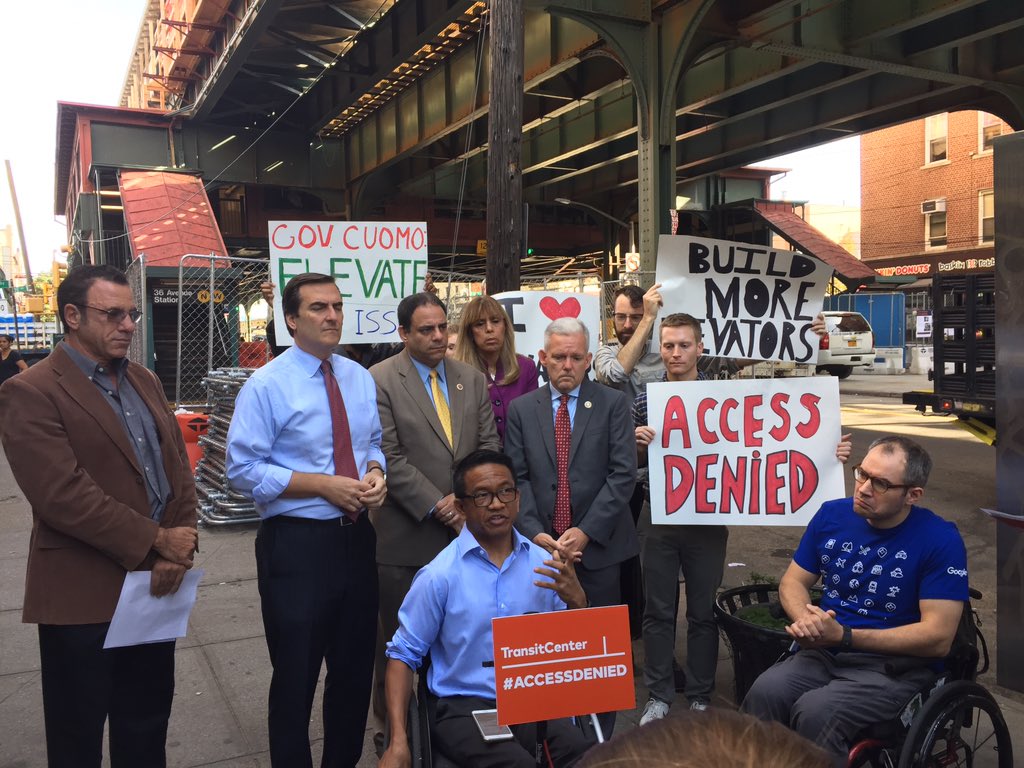 Activists have begun speaking out after two subways stations in Astoria officially closed on Monday to undergo an eight-month overhaul. The renovations it would appear are missing one vital component in their $150 million dollar redo; elevators. 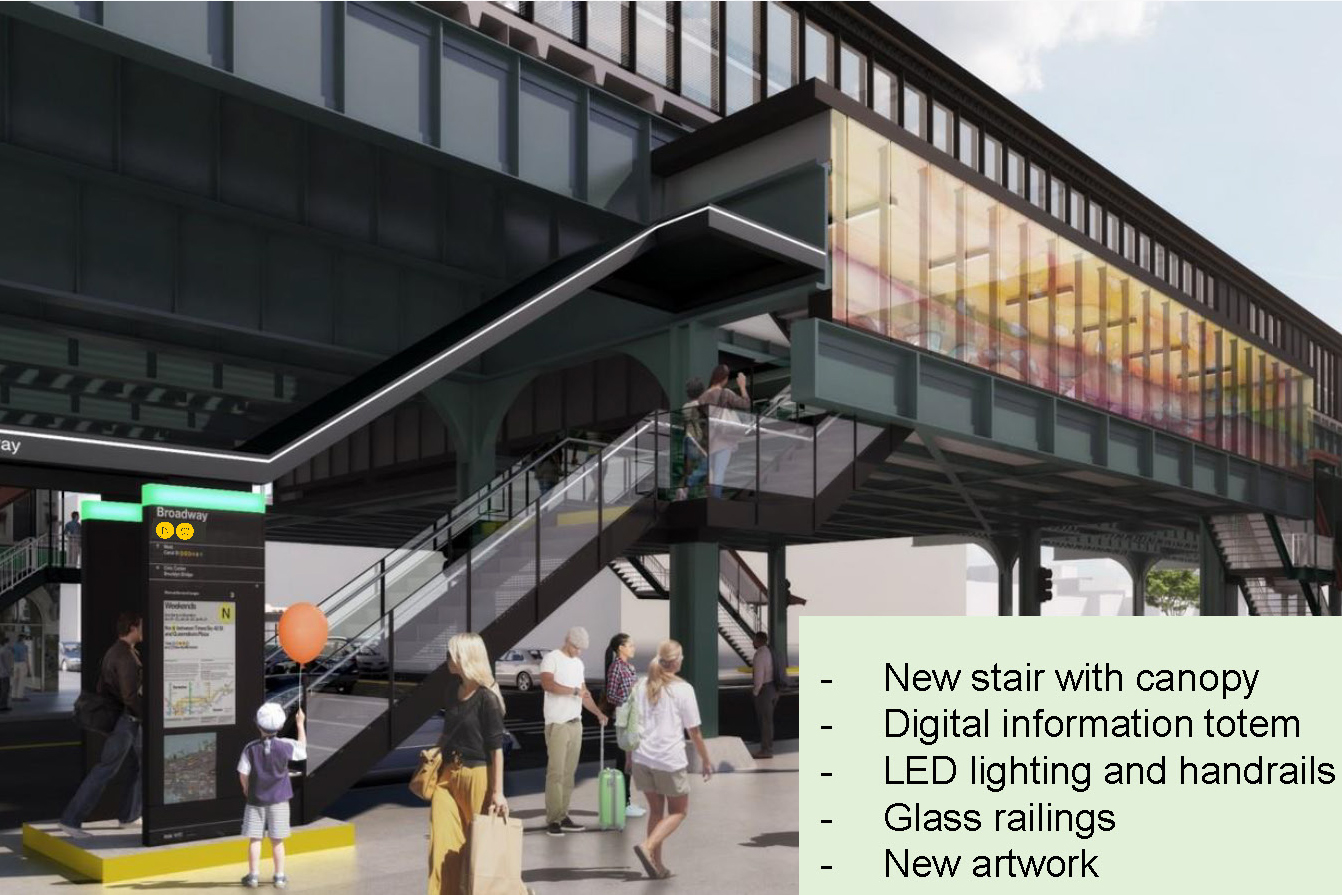 Both the 30th Avenue and the 36th Avenue N/W lines will be shut until June. The announcement was made by Governor Andrew Cuomo last January. They will be the first of four stations in Astoria to receive the upgrades.

However the MTA have thought of pretty much all of life’s necessities, like the USB ports and art work, except (edited for misspelling) for making the stations handicap accessible. The plans were criticized by Councilmen Jimmy Van Bramer, Costa Constantinides and state Senator Michael Gianaris, who held a press conference in front of the 36th Avenue station.

Gianaris questioned Cuomo’s priorities with the plans, saying in a statement that “..at a time when we face a crisis of subway reliability and accessibility, the MTA chooses to spend hundreds of millions of precious dollars on cosmetic improvements that will do nothing to improve subway service or accessibility.”

What do you think of the overhaul to Astoria train stations?

But the criticism over Cuomo’s lack of understanding for the broader community didn’t stop there. Gianaris (who is a vocal critic of the MTA) went on to say;

“Even worse, the MTA recently diverted over $1 billion dollars from signal fixes and new subway cars to pay for this initiative. While it will be more pleasant for subway riders to stare at more beautiful stations while they wait longer and longer for delayed trains, the MTA’s inattention to the larger problem is bordering on scandalous.”

It seems that the major issues with this project are the fact that the MTA have decided to focus merely on aesthetic needs over practical ones.

According to MTA officials, the 2015-19 Capital Program will also include $427 million in order to replace 42 elevators and 32 escalators. There will also be funding to make 19 stations accessible. According to the MTA, there are some stations that are just not possible to make ADA-compliant. At least without completely reconstructing them, which will include re-aligning the tracks.

Shams Tarke, a spokesperson for the MTA said; “Increasing accessibility is a priority for the MTA and elevators are being added where possible, through the “Key Stations” plan to make 100 major stations accessible by 2020.”

In regards to Astoria, the spokesperson said, “..new elevators will be added to the Astoria Boulevard station, and the MTA’s fully accessible bus fleet provides strong service across the neighborhood – including connections to accessible stations nearby.”

However, is one station in Astoria really enough? Many argue ‘no’. Including the Old Astoria Neighborhood Association who said in a statement that “at present, none of the stations on the N/W subway line in Astoria meets the Americans With Disabilities Act (ADA) Standards for Accessible Design.”

“Even with the planned installation of elevators at the Astoria Blvd station (the only station set to receive elevators), people with mobility issues will be forced to use alternative methods to get there or to Queens or Queensboro Plazas.” The alternative methods being the bus service, a service that itself is full of issues.

TransitCenter perhaps said it best in a tweet on the 23rd of October;