Police Looking For Suspect In Burglaries 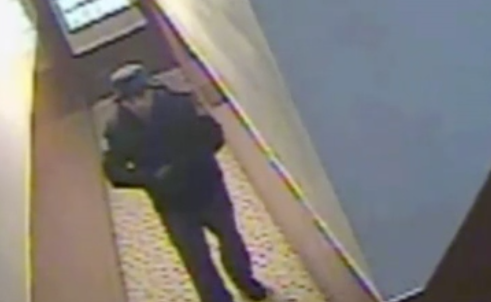 Police are on the look out for a suspect who may have been involved in two burglaries in Astoria earlier this month.

The suspect, a male described as approximately 175lbs., 5’8″ tall and white, entered a residential building around 33rd Avenue and 29th Street on October 12th, through an unlocked window. Once inside the apartment, he stole $900 worth of jewelry, according to police, and $500 worth of luxury handbags. Along with an Amazon kindle.

On October 17th, he broke into another apartment near 28th Avenue and 34th Street, through another unlocked window. The man stole $1,000 worth of electronics before making his way out.

He was last seen in black boots and a black coat with a black hat.

Anyone with information in regards to this incident is asked to call the NYPD’s Crime Stoppers Hotline at 1-800-577-TIPS (8477) or for Spanish, 1-888-57-PISTA (74682). The public can also submit their tips by logging onto the Crime stoppers website at WWW.NYPDCRIMESTOPPERS.COM or by texting their tips to 274637 (CRIMES) then enter TIP577.