What’s On At Museum Of Moving Image? 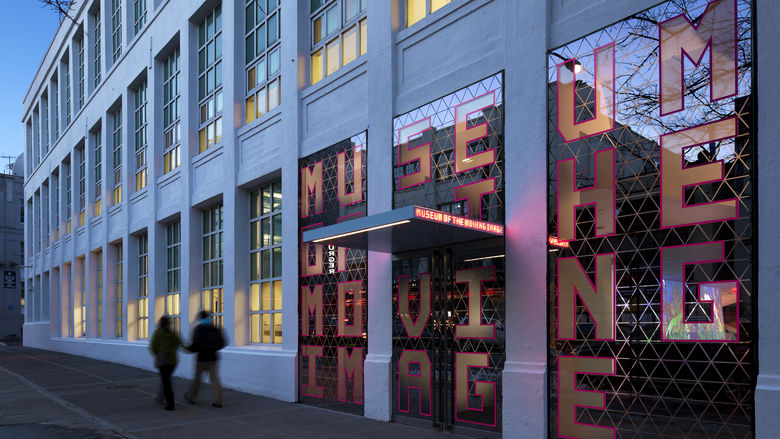 As Spring slowly rolls in, and we sit idly by hoping that the weather stops its teasing and begins to warm, we look to the great outdoors and the events which come with it.

Museums, restaurants, cafes, parks and festivals are all very much in our peripheral vision. Friends are coming over, loved ones are getting antsy and the Sun won’t wait for no one.

So we dust our kicks and hit the streets in search of fun, and in Astoria, there’s plenty to be had.

Info: The London-based Fashion in Film Festival’s 10th anniversary season explores the fascinating connections between fashion, cinema, and time. Probing into four different (though often overlapping) conceptions of time—past, present, future, and dream—the program asks what concrete manifestations of time fashion and clothing enable. What memories, echoes, and ghostly shadows? Fashion’s own relation to time may be vital and intimate, but it is far from transparent. Film, the art of time passing, helps illuminate some of its complexities.

Info: With live music by Rollo Smallcombe. Screening followed by a reception.

Presented in partnership with Lobster Films and MUBI

Edited by Rollo Smallcombe and Marketa Uhlirova. 2017, 68 mins. DCP. Henri-George Clouzot’s The Inferno, starring Romy Schneider, is one of the most tantalizing uncompleted projects in film history. The Inferno Unseen is a newly edited assemblage of rushes filmed in 1964.

Tickets: $15 ($11.25 for members at the Film Lover and MoMI Kids Premium levels, free for Silver Screen members and above). Order tickets online. (Members may contact [email protected] with any questions regarding online reservations.)

Info: The Museum will host two days of film screenings as part of this year’s Havana Film Festival New York. The Cuban classics A Cuban Fight Against Demons and The Survivors will be presented as part of the program “Restoring Titon.” These films have been restored by the Academy Film Archive and the Cinemateca de Cuba on the occasion of the 90th birthday of the great director Tomás Gutiérrez Alea. The Festival will also showcase Tie Your Plow to a Star, as part of  a tribute to the late Argentine filmmaker Fernando Birri who is widely considered the father of New Latin American Cinema, and the Brazilian documentary about Havana’s famous caberet O Gato de Havana.

Please note: Due to unforeseen circumstances, the originally scheduled film The Good Demons has been canceled and replaced with O gato de Havana. The Good Demons is showing on April 14, at 9:00 p.m. at the AMC Loews 34th Street as part of the Havana Film Festival.

Image Via Museum Of Moving Image

Dir. Jeff Malmberg. 2017, 91 mins. Digital projection. In Italian with English subtitles. Once upon a time, villagers in a tiny hill town in Tuscany came up with a remarkable way to confront their issues: They turned their lives into a play.

With Sebastian Pinzón Silva in person

Dir. Sebastian Pinzón Silva. 2017. 26 mins. In Spanish and Palenquero with subtitles. Founded by runaway slaves, San Basilio de Palenque was the first town in the Americas to break free from European domination.

Tickets: $15 ($11 seniors and students / $9 youth (ages 3–17) / free for children under 3 and Museum members at the Film Lover and Kids Premium levels and above). Order tickets online. (Members may contact [email protected] with questions regarding online reservations.)

For complete reviews and information, along with ticket purchases, please visit the Museum of the Moving Image.