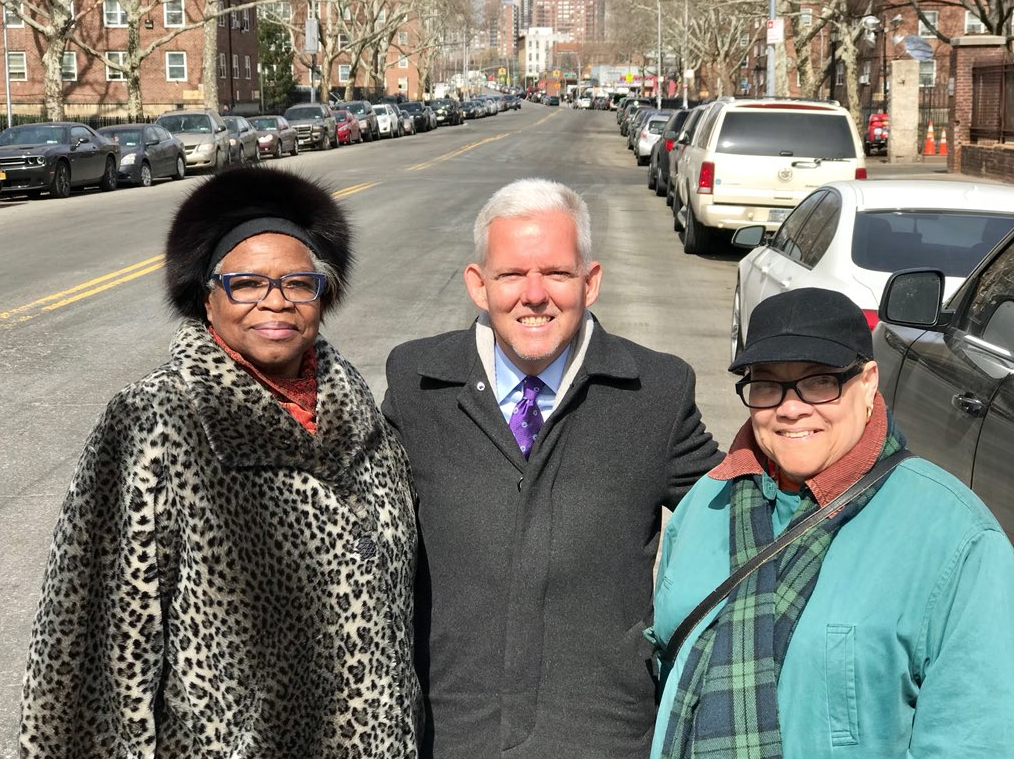 For years garbage trucks operated by the Department of Sanitation that park by the Ravenswood Houses in Astoria have caused headaches and smells.

According to QNS. Councilman Jimmy Van Bramer had first begun pressuring the city for an alternative site for the trucks to park at since 2010.

“It’s a decades-long problem and the people of Ravenswood in my district have led this fight for over 20 years to remove the trucks from double parking in the streets,” the councilman said. Van Bramer had tried bringing the issue up with both Bloomberg and de Blasio to no avail, until the snow blizzards in 2016, when de Blasio came to Astoria to check on the snow removal. Van Bramer and the Ravenswood Tenants Association President Carol Wilkins toured Astoria with de Blasio, making sure that the truck stop was on their route.

Do you live in Ravenswood Houses, what do you think of the Garbage Truck issue?

Seeing the garbage trucks lined up on the street gave Bramer and Wilkins the opportunity to show de Blasio the “environmental justice issue” that was going on in the area. Not just the smell, the trucks also made it “really dangerous” when attempting to cross the street along 35th Avenue.

And it would seem that de Blasio listened. The garbage truck fight is now finally over, with the announcement coming from the Department of Sanitation on Monday that the trucks stop parking at 34-28 21st.

Van Bramer received a letter last week from the Department of Sanitation stating that the trucks would no longer park along the street.

Residents of Ravenswood Houses won’t have to put up with the odor, or the safety issues associated with a long line of garbage trucks on the side of the road.

Instead of sitting idle on 35th Avenue, a new site, which will take a few years to build will house them.

The news was received with cheers, with Van Bramer saying that both the community and Wilkins were “elated”.

Construction on a new site will begin in 2021 and is expected to be completed in 2024, according to the Department of Sanitation, and the trucks for now will find a new home to sleep at.

“The streets surrounding the Ravenswood Houses are clear of double parked garbage trucks after decades of the community fighting to have them removed” Van Bramer said on Twitter, “I’m proud to have secured the $142 million from the Mayor for a new DSNY depot. The people of Ravenswood deserve this victory!”