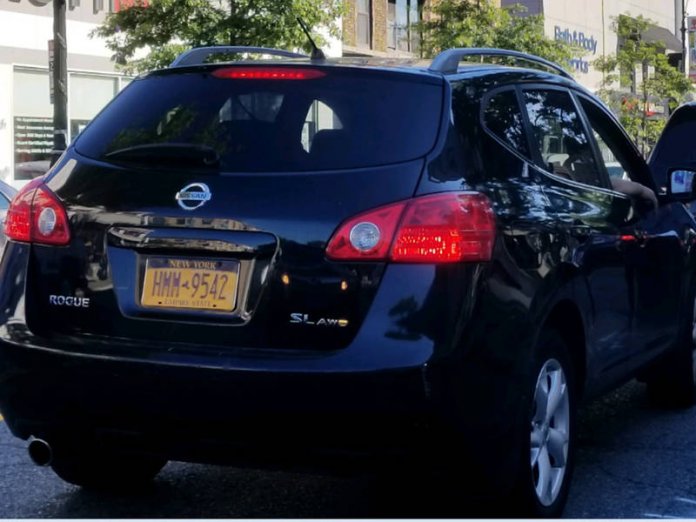 A male passenger,  Salama Haytham (35 years old), has been arrested for assault and obstructing government administration, after he threw an unknown substance at a Traffic Cop when she had given a female driver he was with a ticket for double parking on Steinway Street according to Patch.

An angry passenger let a traffic cop have it on the weekend, throwing liquid all over the 55 year old woman who gave him a ticket for double parking in Astoria.

The incident occurred Friday, around 5PM, when an NYPD traffic agent wrote out a ticket for a Nissan Rogue SL that was double parked on Steinway Street, near 31st Avenue, according to cops.

Upon noticing the ticketing, the man, identified as Salama Haytham (35 years old), began cursing the agent out. He then got into his passenger seat, according to Patch.

The woman placed the ticket on the windshield then walked away. But that wasn’t the last she saw of Salama, who found her again 20 minutes later.

According to Patch, Salama held a plastic bottle out of the car window and threw the clear liquid at the traffic cop, splashing her on the back. The Traffic agent was then taken to Astoria General Hospital, where she was treated and released.

Salama was described by police as standing 5 foot 6, around 180 pounds, black hair and blue eyes.

Have you had any Steinway Drama?

Steinway Street is known among many Astorians for a catastrophe of traffic problems. Double parking is seen all the way down, with drivers constantly having to swerve to and fro. Another major issue, according to pedestrians, is the lack of courtesy when it comes to pedestrian safety.

Recently the road was closed and repaved, and two new traffic lights were put in to try and help the issue.

Anyone with information in regards to this incident is asked to call the NYPD’s Crime Stoppers Hotline at 1-800-577-TIPS (8477). 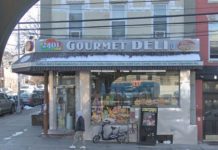