Brace for some serious bites at Burgerology 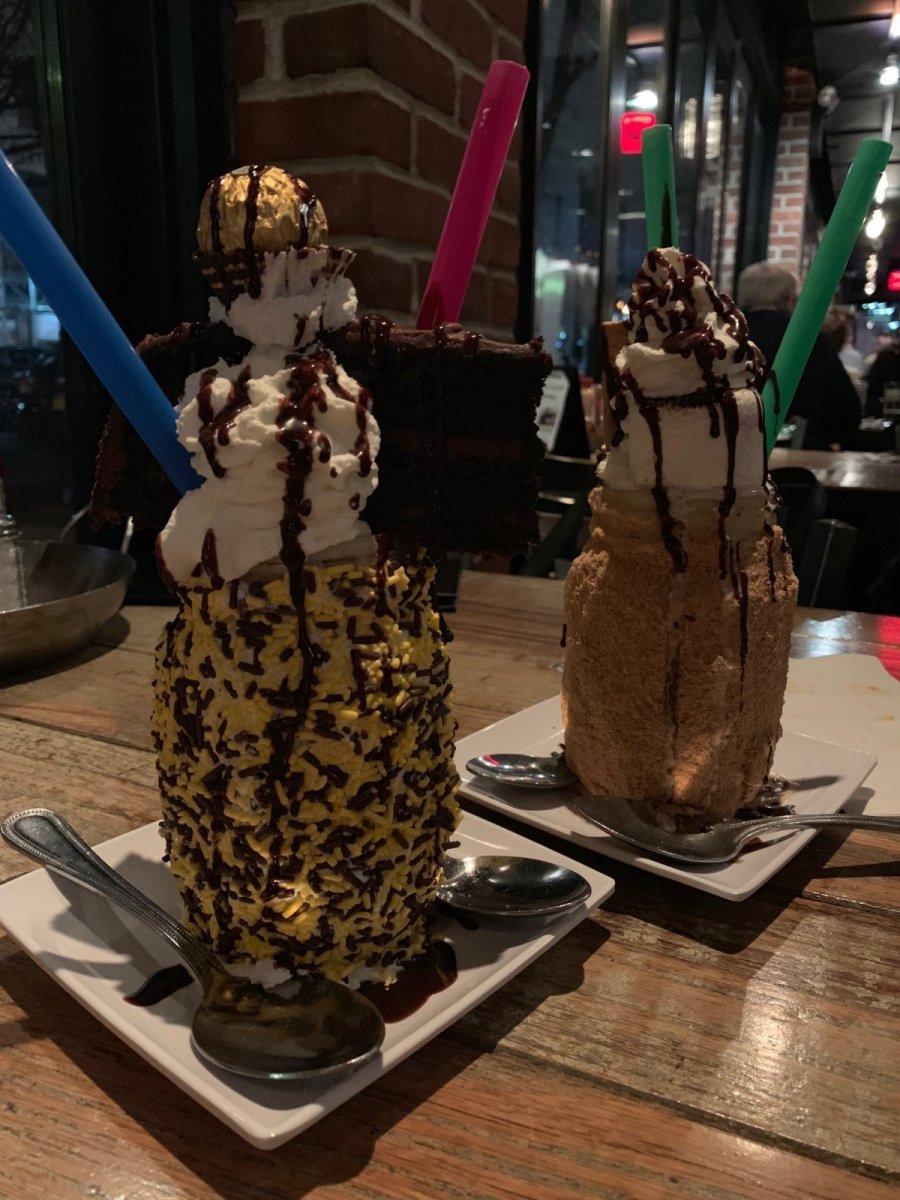 A staple at almost every restaurant chain, fast food store, and ‘American’ style restaurant throughout the world, burgers have become just about the most well-known dish from the U.S. And just when you thought there couldn’t possibly be another new combination of ingredients to top your burger, Burgerology proves you wrong. Kobe blend burger? They’ve got it. Not a red meat fan? Don’t worry, they have veggie and turkey blend patties, too. A burger for breakfast lovers with a sunny side-up egg and bacon jam?! Why not.

Established by the Galatoulas family, Burgerology’s Astoria store is the third location to open in under two years, and the first to open within one of New York City’s five boroughs. Owners Eddie & Georgia felt Astoria would be the ideal next location both due to their Greek heritage and upbringing in Queens. Other Burgerology locations include Rockville Centre and Huntington, while the Galatoulas’ also run the New York Burger Bar in Massapequa. It’s no wonder why the chain is doing so spectacularly well—the burgers are great, the dish names are catchy and the service is attentive.

Despite its name, Burgerology’s burgers are not the only standouts—the restaurant also boasts an extensive cocktail list and starters menu. The drink which stood out to my party, personally, was Yianni’s fire named after owners’ Eddie & Gerogia’s son. A blend of Milagro tequila, jalapeño, watermelon water, and mezcal mist for $12. The cocktail was not overbearingly sweet and was the ideal drink for someone such as myself who is already longing for summer. 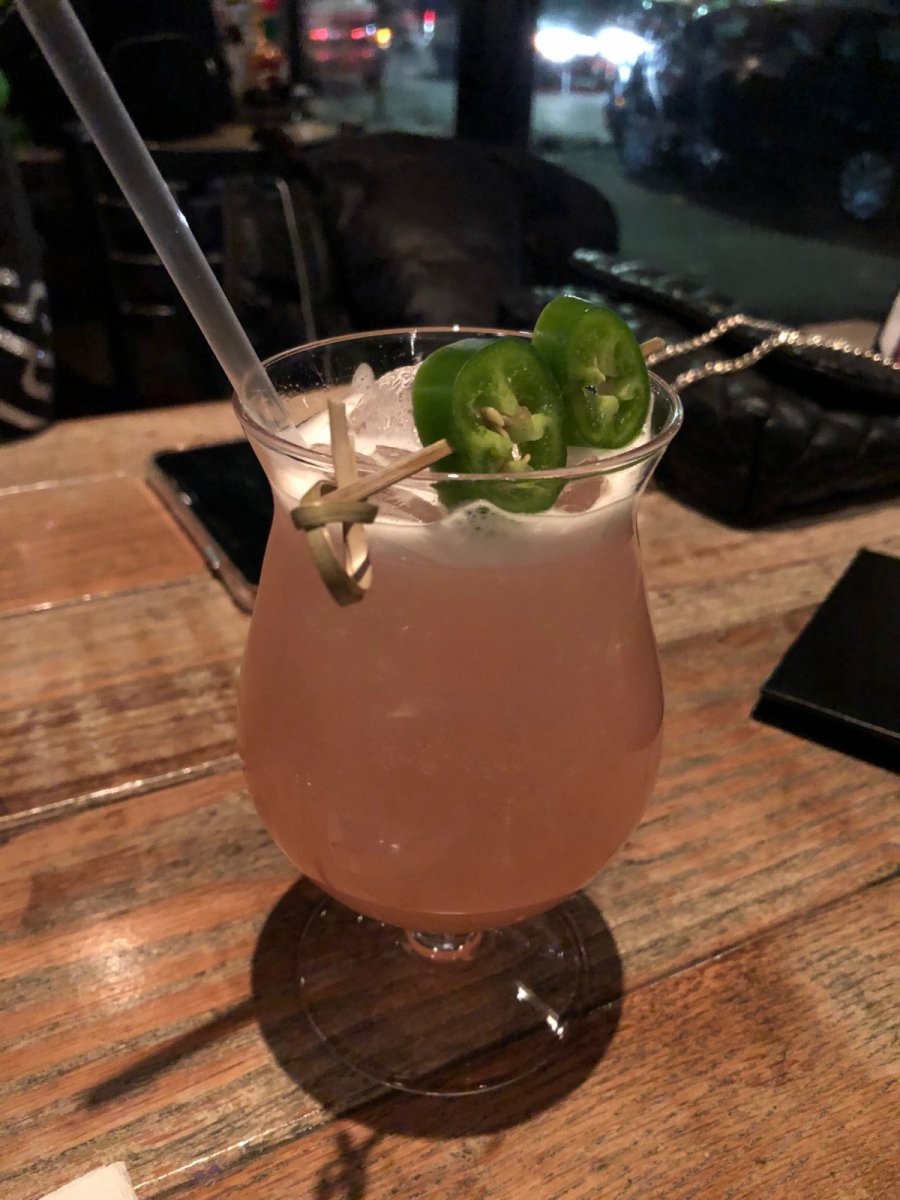 To start, we were told to try both the loaded fries ($8.95) as well as the buffalo chicken mac & cheese ($12.95). The loaded fries, topped with cheese sauce, bacon, and scallion were a standout; despite being covered in multiple layers of toppings and textures, the fries remained crispy and did not lose their flavor. The buffalo chicken mac & cheese is definitely geared towards to those who either really love mac & cheese or, rather, those who would like to start their meal with some spice. 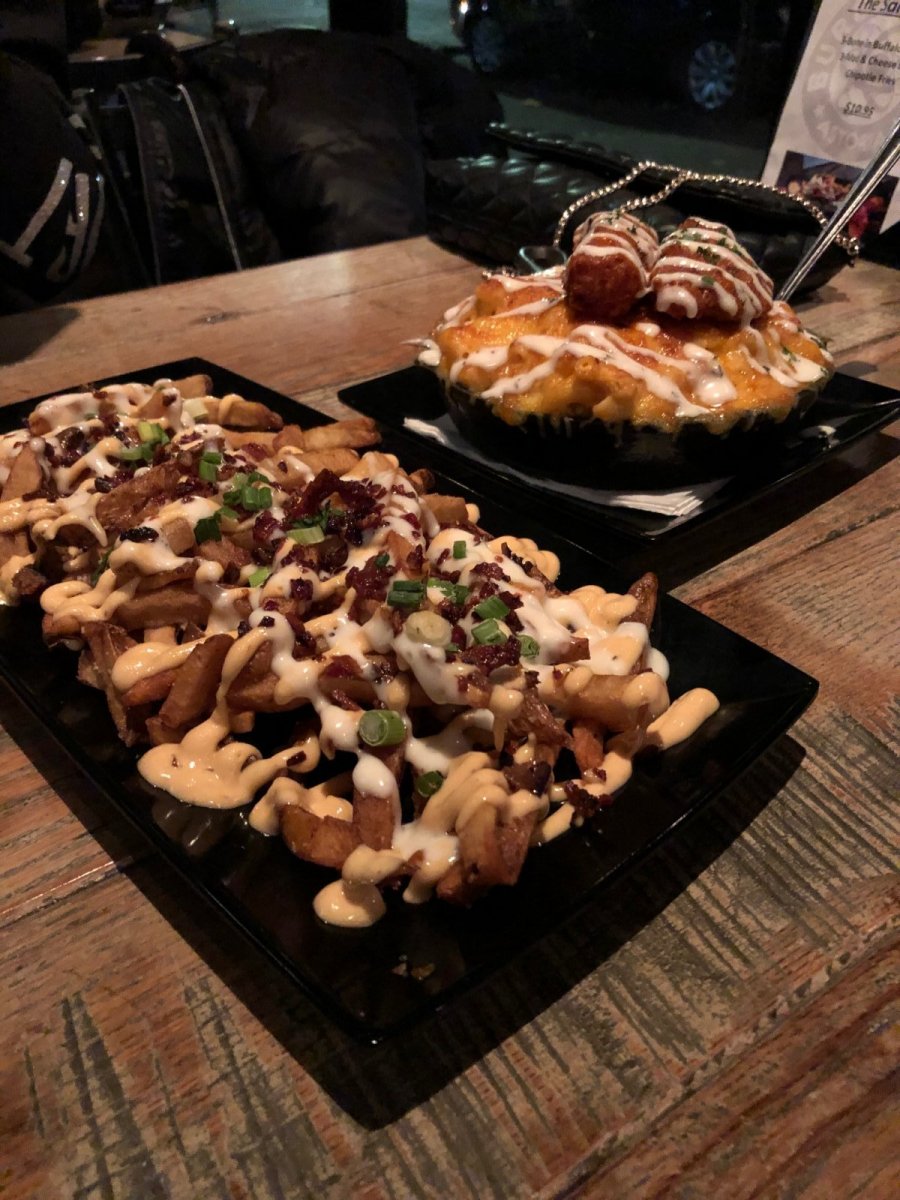 Now, on to the burgers. Let’s face it, if you’re planning on taking a trip to an establishment called Burgerology, it’s pretty obvious that you should go try a burger. Plot twist—I’m not a burger fan. So if you’re anything like me, fret not; the verdict is in and the burgers are worth it. And there really is a burger for everyone: vegans, vegetarians and meat eaters who don’t necessarily like the classic beef burger.

Sampled were the classic burger, which was paired with tomato, lettuce, American cheese, pickles and house sauce on a torta bun ($14.95) and the deliciously insane mac attack burger ($16.95) accompanied by, you guessed it, mac n cheese, bacon, and American cheese on a pretzel bun. The patties were cooked exactly as ordered which is important, as some establishments tend to over or under-cooked 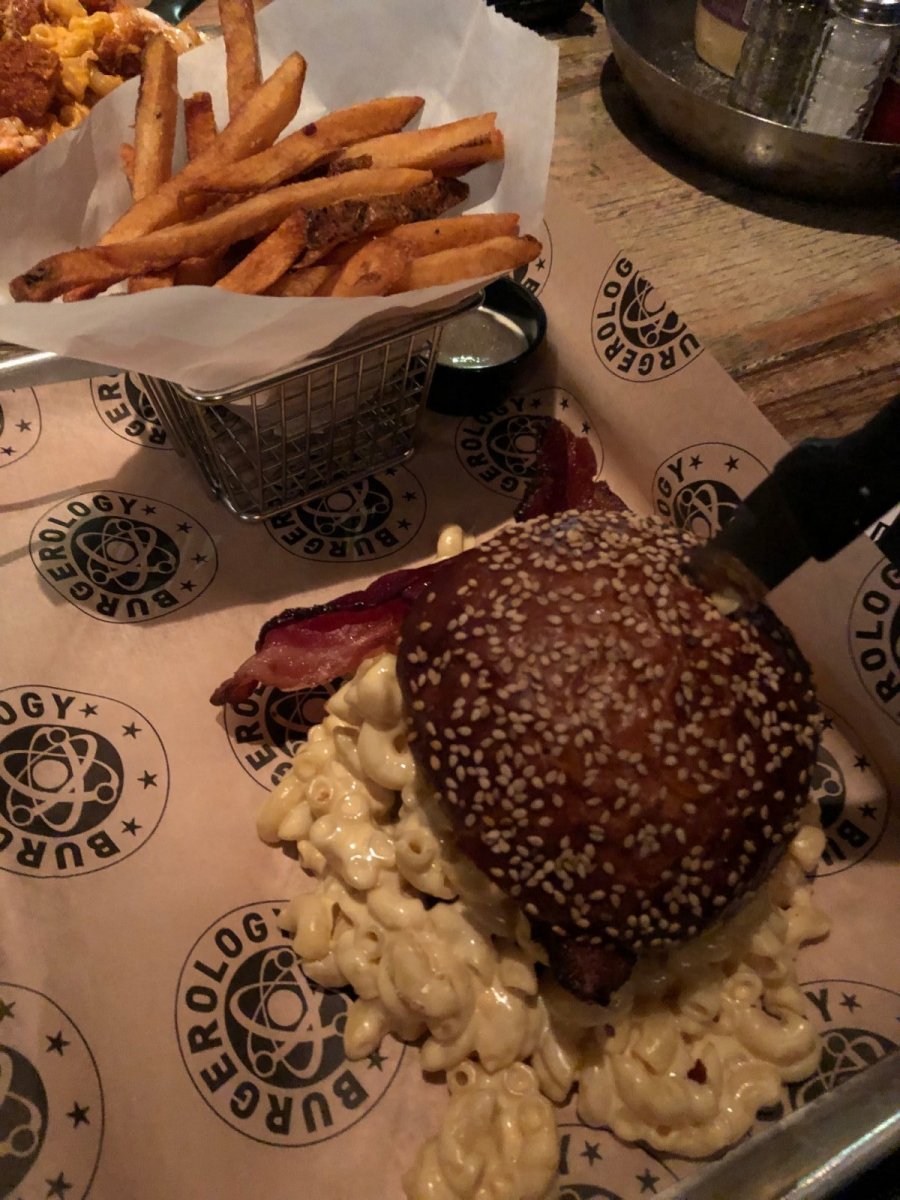 burgers rather than as ordered. The patties were juicy, not too crispy and blended well with their respective toppings. However, be sure to come hungry because each burger is, rightfully so, a meal on its own. Each burger is served with fries or cole slaw for no extra charge, sweet fries, onion rings, or salad for an extra $2, or specialty fries or mac n cheese for an extra $3. 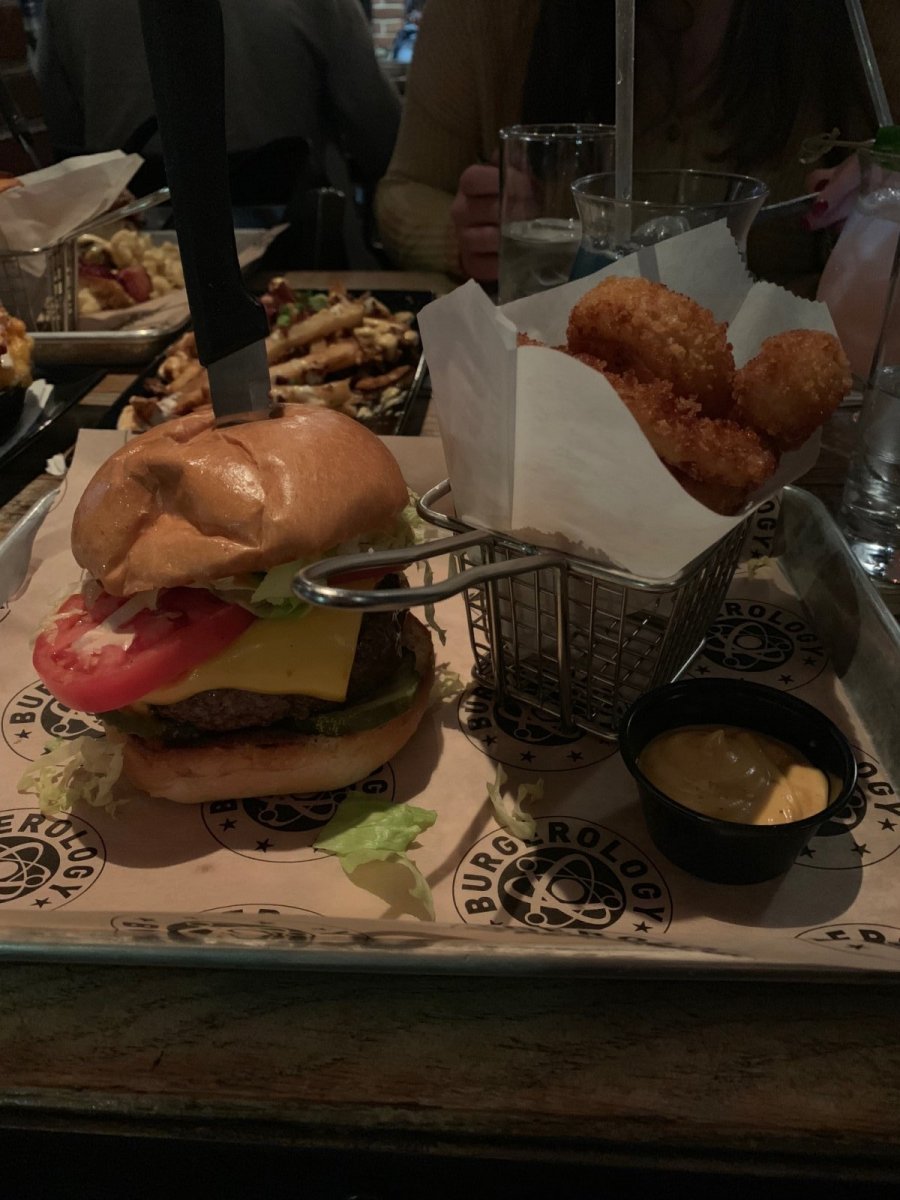 If you’re feeling brave enough for the third and final course, you must absolutely try one of Burgerology’s signature shakes. Each shake comes in two sizes: regular or large. Recommended were the Ferraro Rocher ($15 for regular, $20 for large) and the Campfire ($16 for regular, $21 for large). The Ferraro Rocher shake comes with vanilla ice cream, Nutella, crushed vanilla wafers, a piece of 4-layer chocolate cake and a chocolate tube, while the Campfire, advertised as ‘s’mores in a glass’ consists of vanilla ice cream, chocolate syrup, whipped cream and graham crackers with a toasted marshmallow. I’m happy to report that each shake tasted as spectacularly as they looked!

For those who seek innovative twists on a classic American dish, Burgerology is worth the visit. Yes, even for a non-burger fan such as myself. Not only are the burgers tasty, but the drinks, appetizers and the Instagram-worthy dessert are fantastic; it’s clear why Burgerology is taking over New York from Long Island to Astoria. 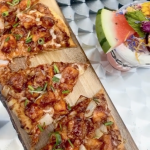 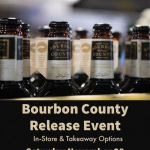 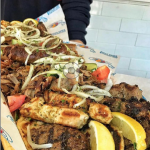