Beginning on March 17, the Astoria Boulevard stop is set to be closed by the MTA for approximately nine months, until December. The bright side? The station is set to be one of the newest ADA-accessible stations, with four new elevators being installed.

Additionally, much needed repairs to the station’s walkways and mezzanines are coming, such as making them higher from the street in order to prevent larger vehicles from grazing the passageways as they enter or exit the Grand Central Parkway. However, this means that roadwork will need to be completed throughout the 9-month period.

As per the MTA’s page on the project, “…During the project’s normal work hours, provided below, the work site will expand into the street. However, we will maintain at least four travel lanes on Hoyt Ave North, five travel lanes on Hoyt Ave South, and one lane of traffic in each direction on 31st St. Additionally, the intersection of 31st St and Hoyt Ave South will close for approximately 20 weekends while we demolish and rebuild the mezzanine, install elevators, and resurface the street…”. According to the website, the work hours will be Monday through Friday from 9:30AM-2:30PM, and Saturday & Sunday from 7:00AM-8:00PM.

Updates to the platforms include new lighting, staircases, platform shelters, canopy roofs, and benches. It should be noted that both the Ditmars Boulevard and 30th Avenue stations will remain open in order to accommodate passengers who typically rely on the Astoria Boulevard station for their commute.

Excited for the new changes coming to Astoria Boulevard? Let us know in the comments below! 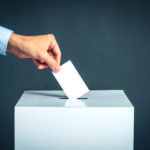