Police are on the lookout for a man who has allegedly burglarized over 6 homes throughout March, spanning Astoria, Long Island City, and as far as Brooklyn. Items stolen are estimated to be worth a grand total of over $50,000.

According to a tweet by the NYPD 114th Precinct, the suspect has been using his maroon-colored Ford Explorer to assist in leaving with the stolen items. The suspect is described as a black male between the age of 45-50.

If you have any information regarding the above-mentioned incidents, please call the NYPD Crime Stoppers hotline at 1-800-577-TIPS. 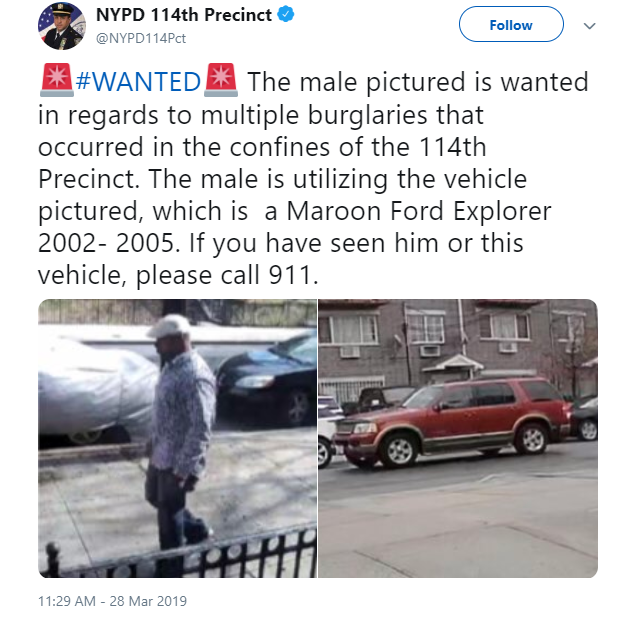