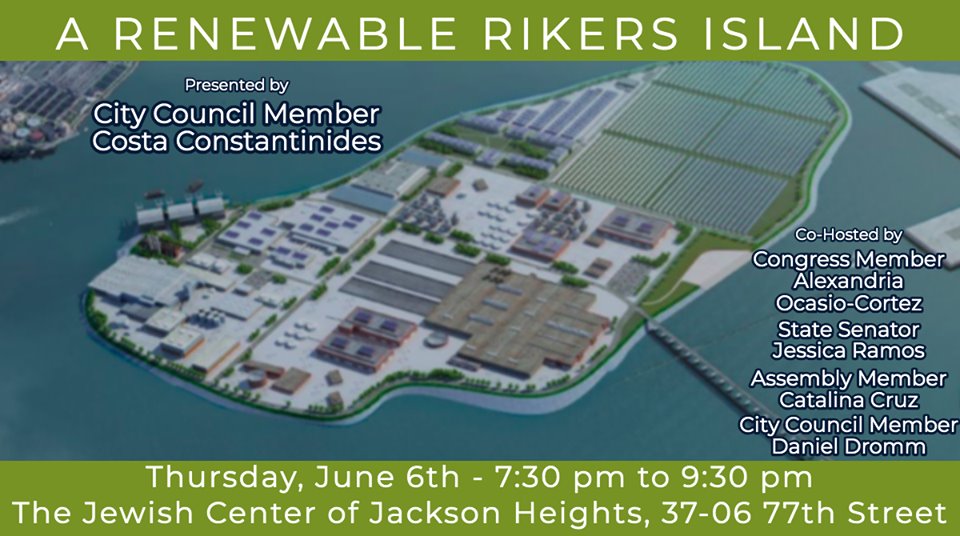 Astoria-based Councilman Costa Constantinides is leading the fight against climate change in our city through the reveal of three bills which would transform Rikers Island into a renewable energy center.

The series of bills, known as the ‘Renewable Rikers Act’, is also co-sponsored by City Council Member Helen Rosenthal. The legislation calls for the transfer of control over Rikers Island from New York City’s Department of Correction over to the Department of Environmental Protection. The second bill would analyze the capacity for renewable energy on the island itself, while the final piece of legislation would aim to close several dated treatment facilities throughout the city after determining how much wastewater can be redirected to the land which currently encompasses Rikers Island.

The Renewable Rikers Act is a response to Mayor de Blasio’s 10-year plan to ultimately close Rikers Island, with the goal of turning the hundreds of acres of land on the island into a source for renewable energy.