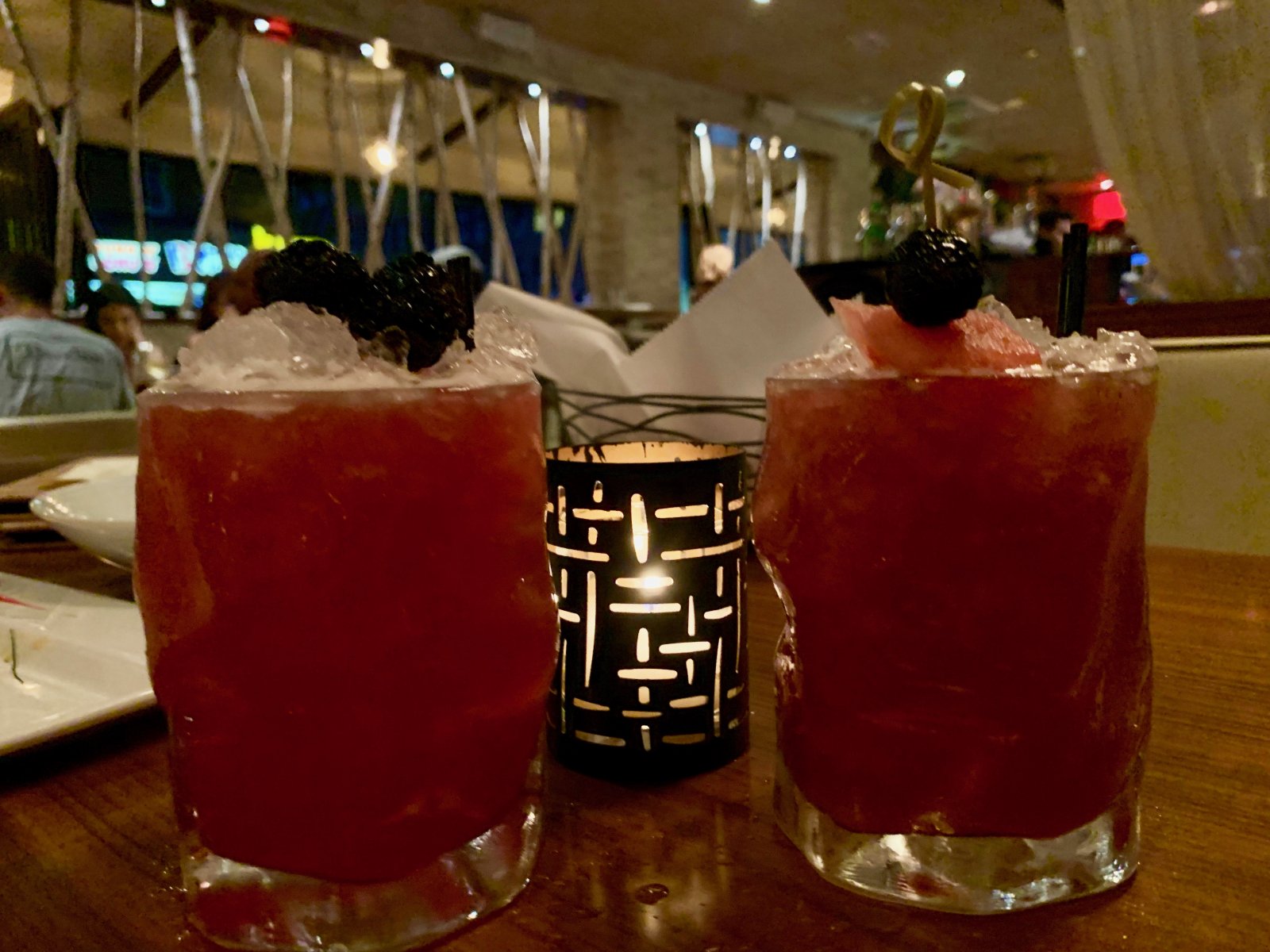 Omonia Cafe has been an Astoria staple, and seen as a local pioneer bringing a European style cafe to the community. Owned by the Arvanitis family, the concept of Omonia was finding what was lacking in the area, and creating a new experience for a niche market. Amylos was born upon a similar idea. With Astoria real estate sky rocketing, there is a proactive approach to stay ahead of the times. The goal here was to find the missing niche – and that was giving our Astoria locals high caliber food without the extreme NYC prices. Unlike other trendy Greek restaurants in Manhattan, you can try a variety of the menu for the price of one meal in the city, making it approachable for everyone on both sides of the bridge.

John Arvanitis came from humble beginnings and started off working in a pizzeria until saving up enough money to buy Omonia. Since then, Omonia has continued to thrive, opening Omonia Next Door, and a location in Bay Ridge, Brooklyn. This success all began right here in Astoria so naturally it felt as the fitting place to open up their restaurant. Amylos is now located at the former Uncle Georges Greek Taverna, which was basically an Astorian landmark till closing its doors in 2013. Uncle Georges ran its business with a simple and modest philosophy, similar to that of Amylos. The cohesion between the two places gives it resonance but with a bit more of a new age approach. 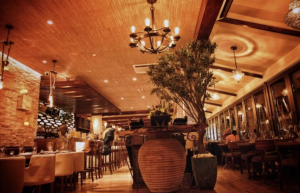 The decor and ambiance of Amylos is reminiscent of Greece but with an added modern NYC trendiness. The food definitely stays rooted in traditional Greek cuisine but with elevated ingredients and flavors. 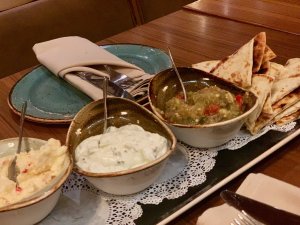 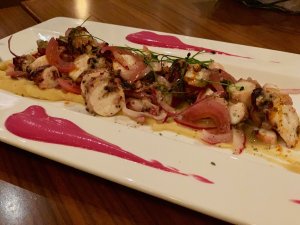 To start we had a trio of traditional greek spreads: tyrokafteri, tzaziki, and melizanosalata. Classic and well executed. The octopus was a definite hit, with a perfect char and texture, and so many additional complex flavors with the addition of pickled onions and the fava puree. The veggie chips were well loved. A tower of crispy zucchini and eggplant that were perfectly crisp on the outside and juicy on the inside was accompanied with a lovely mild, yet tangy yogurt mint dipping sauce. Another must order was the the crab cake which was incredibly moist and made especially delicious with the additional sauces. The feta watermelon salad was tasty and refreshing. An excellent balance of sweet watermelon, salty feta, and cooling cucumber. 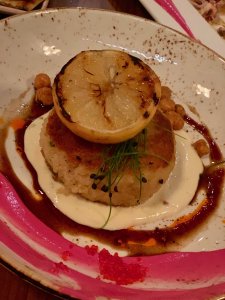 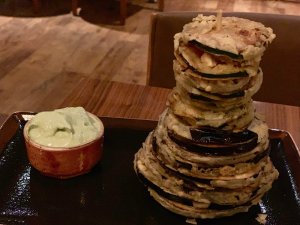 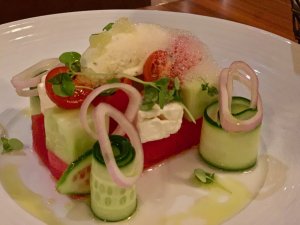 The entrees were also very impressive. The seasoning on the lamb chops was flawless and cooked perfectly, and the halibut was also such a light and flaky well composed dish served with a delicious avgolemono soup inspired sauce. Don’t sleep on the cocktail menu, especially the Antidote, which is a perfect crisp summer drink. 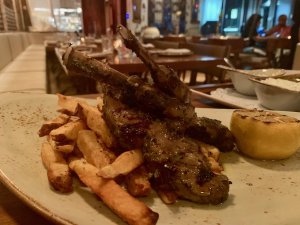 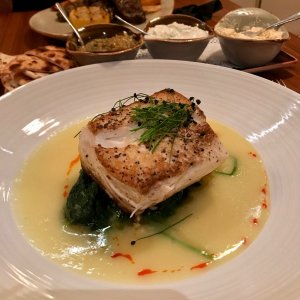 The story is humble, the food is excellent, and the decor is beautiful. Amylos is surely going to live up to the success of its parent Omonia Cafe and I highly encourage you to stop in to try it! 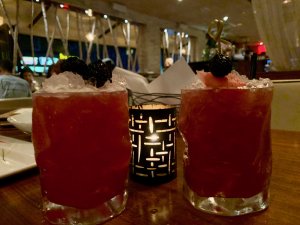