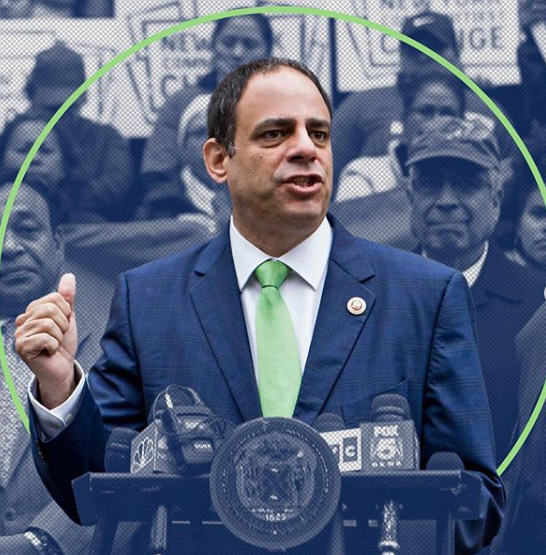 Council Member Costa Constantinides officially announced his campaign for Queens Borough President this morning. In his announcement, the council member cites climate change and rent hikes as major factors behind his run.

As per Constantinides’ official announcement statement: “The next Queens Borough President must reinvent this office to become more accessible, promote our unique diversity, and make us more resilient against the challenges ahead. That’s exactly what I plan to do by creating new green jobs, making our parks healthier, and promoting clean energy in our schools.”

So, when is the actual election? If Melinda Katz secures the position of Queens District Attorney, she will be forced to vacate her current position effective January 1, 2020. Thus, a special election will likely be called by Mayor de Blasio for a new Queens Borough President to fill the borough presidency for the remainder of Katz’s original term, until January 1, 2021. The individual who wins the likely special election will re-run in November 2020, for a full term as Queens Borough President.

Congratulations to Council Member Constantinides! To learn more about his campaign or to donate, you may visit his campaign website here.