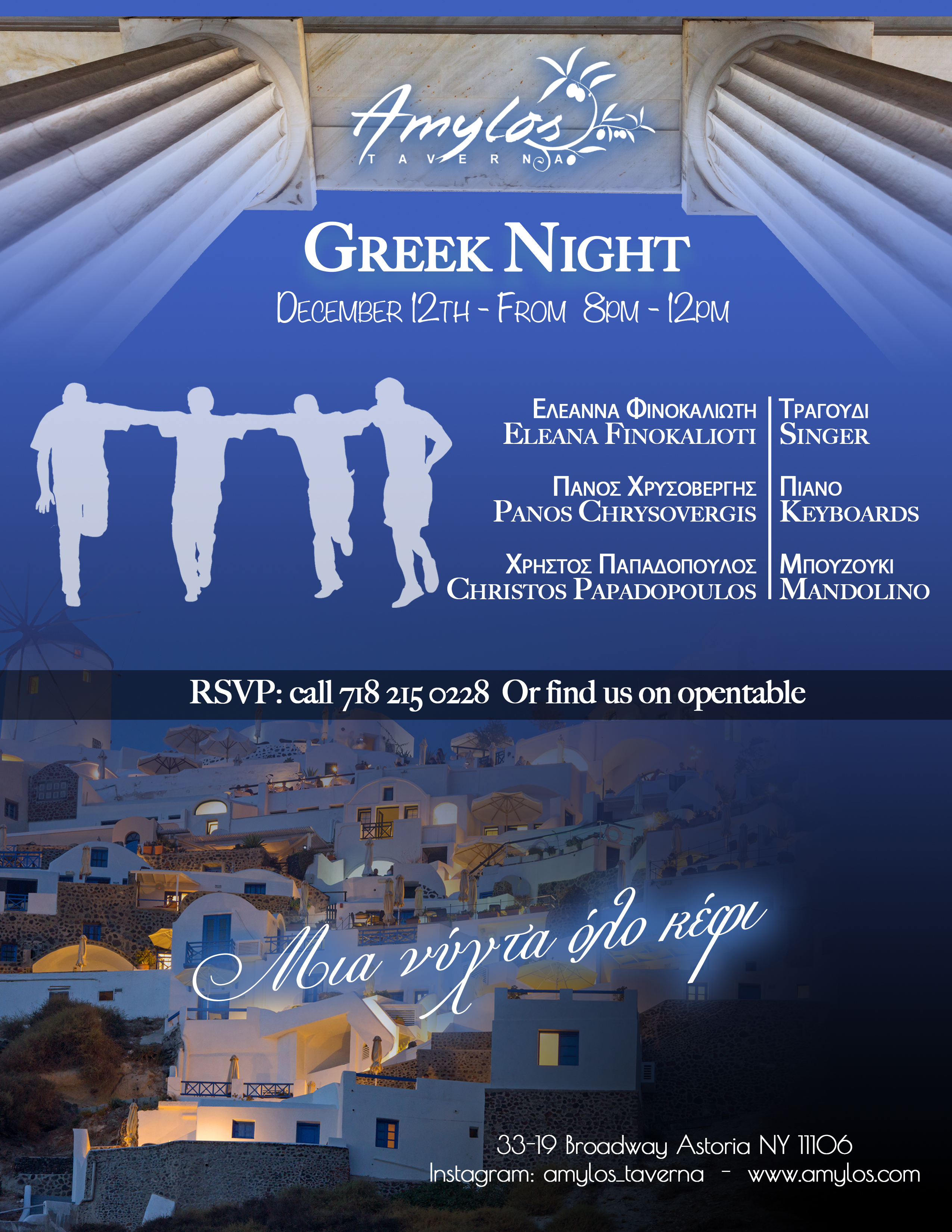 Amylos Taverna, Astoria’s authentic Greek restaurant with a modern twist, will be hosting a ‘Night for Greek Music’ on Thursday, December 12th from 8PM-12AM.

The evening will host a Greek musical ensemble, featuring singer Eleana Finokalioti, Christos Papadopoulos on the mandolin, and keyboardist Panos Chrysovergis. The trio was established by Chrysovergis, who recently made his debut in New York City with the Greek band ‘SYN-PHONIA’. SYN-PHONIA is a touring company which performs classic Greek music with a contemporary flare.

Guests have the option of not only enjoying premier Greek sounds in the heart of New York City, but also delicious Mediterranean dishes, such as Amylos’ superb astakomakaronada, which consists of a whole lobster braised in a tomato & white wine broth mixed with pasta. Other options include sushi-grade octopus, Madagascar king prawn, and Amylos’ lamb burger.