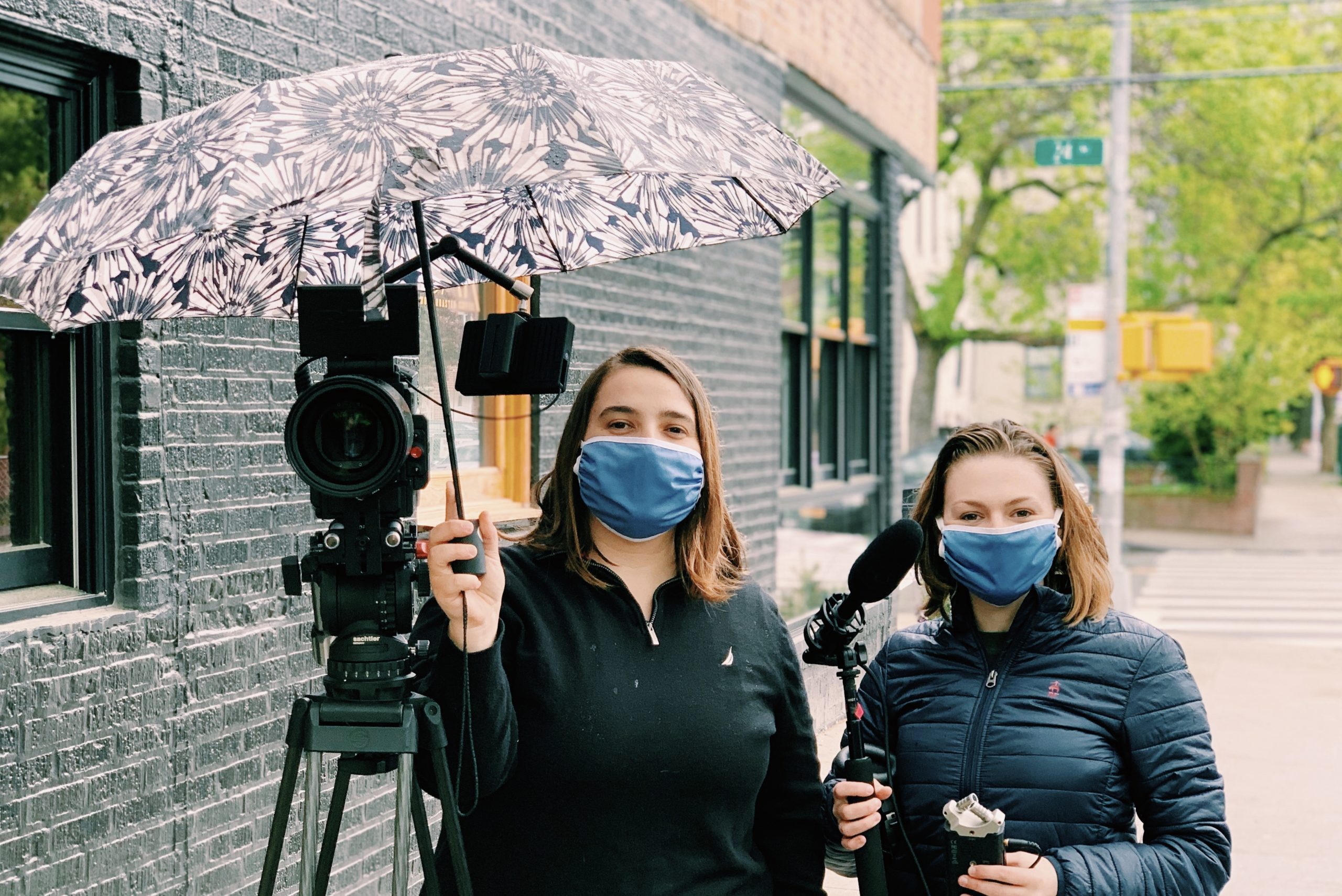 Two Astoria-based filmmakers are finalists in the #NewYorkTough PSA contest. Natalia Bougadellis & Emory Parker’s video made it to the final 5, competing against 600 entries from throughout the state.

Bougadellis & Parker are the Founders of Blue Slate Films and NXM Photography & Videography. Blue Slate Films creates content for underrepresented voices in film, including those of women and the LGBTQ+ community. The duo have also extended this mission into their commercial work for companies including NBC, Bravo, Nike, Pepsi, and more.

However, the filmmakers did not allow COVID to press pause on their creativity and immediately decided to participate in the #NewYorkTough PSA challenge. The aim of the contest is to highlight the importance of wearing a mask in order to stop the spread of COVID-19.

“I always try to look for the silver lining. Yes, gigs have been cancelled. Yes, shoots have been postponed. Yes, we don’t know where our next paycheck will be coming from, but we are so grateful for our health and the opportunity to continue doing what we love. It’s really a privilege to entertain, educate, and engage with people during such a turbulent time,” Parker explained.

They spent a week driving around the state collecting heartfelt responses from loved ones and strangers. ‘You Can Still Smile’ features cinematic footage of New York and its residents, while conveying the message to take care of one another.

“We are, first and foremost, storytellers. It is so important to capture what New Yorkers are going through—to see it in their eyes and hear it in their own words,” said Bougadellis.

In addition their work on the PSA, Blue Slate Films has also launched a digital series, The Slate. The Slate features artists, creatives, entrepreneurs and more who have made a difference within their respective industry.

Voting for the contest ends on Monday, May 25th, with the winner being announce the following day. In order to vote, please visit this link.

Give Me Astoria would like to congratulate Natalia Bougadellis & Emory Parker for this wonderful achievement! Check out the duo’s nominated entry ‘You Can Still Smile’ below. And be sure to vote before Monday!