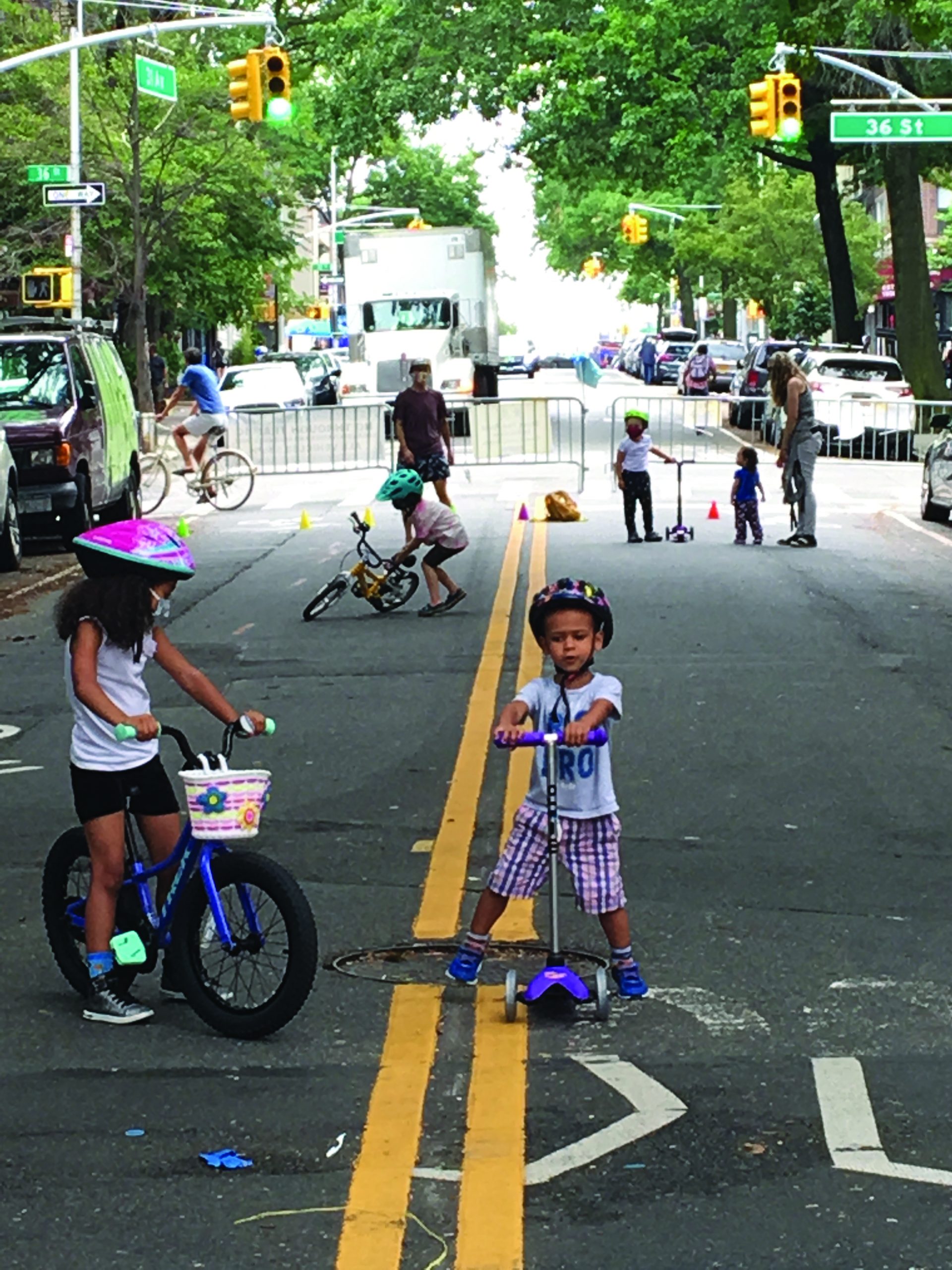 Astoria residents are enjoying their tree-lined streets now more than ever. Open Streets, the citywide initiative is becoming more common to limit vehicle traffic and promote pedestrian activity. The 31st Ave Open Street Collective, led by Evie Hantzopoulos and Macartney Morris, blocked off a portion of 31st Avenue to traffic from 8 a.m. to 8 p.m every day.31st Avenue Stroll.

“While other Open Streets were being announced throughout the city in June, Astoria was getting very little. Shore Boulevard by Astoria Park didn’t really do anything for those who live over a mile away, and with the crowded sidewalks and streets on 30th Ave and Ditmars, we wanted to provide an opportunity for our community to have space nearby where everyone could walk safety, ride bikes or scooters, play and safely social distance without fear of cars, crowds or COVID risk,” Hantzopoulos said.

Hantzopoulos and Morris sent in applications in May to the Department of Transportation to apply for the Open Street. The department said they needed a “high-capacity” partner to make it happen, and within days, 55 neighbor volunteers signed up and became the 31st Avenue Open Street Collective. 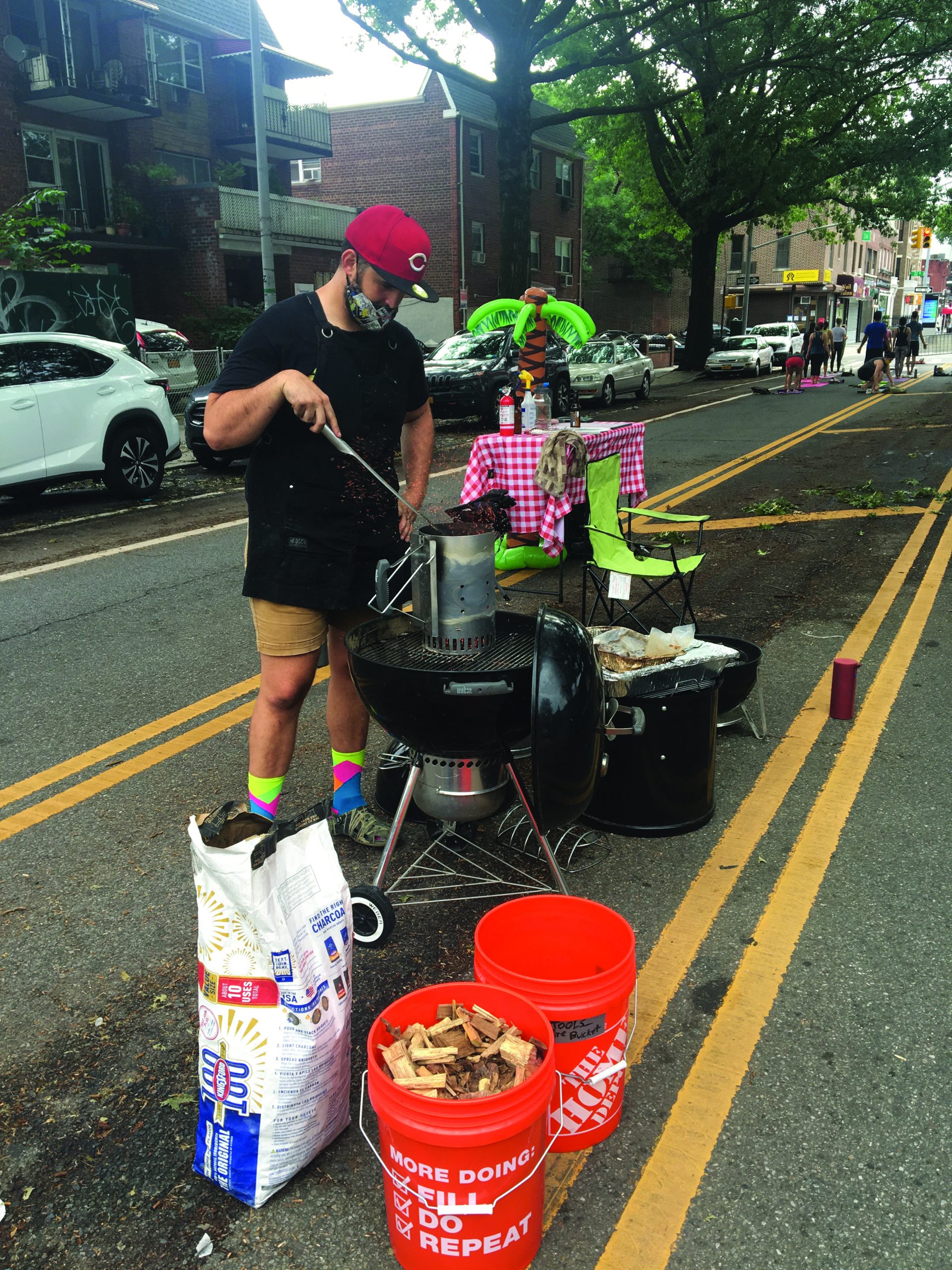 “I like the idea of the 31st Avenue Open Street. I think it can provide a much needed reprise from being crammed in apartments, and along with better planning, would be a great way to strengthen the community while still maintaining social distancing,” Managing Partner of Mom’s Kitchen and Bar, Rob Williamson said.

Most days there are runners, walkers and bikers using the street and even people relaxing in lounge chairs. On weekends, 31st Avenue residents host barbecues. A kid’s bike hour is scheduled three days a week. Yoga Agora, situated on Broadway, uses the area for yoga classes.

“The 31st Ave Open Street has been a nice lifeline for our small [business]. The nature of a yoga class is to give friends and neighbors a place to gather. We know we must be mindful about how we gather, and if gathering indoors creates too much risk, gathering in the Open Street gives us a safe alternative,” Yoga Agora owner, Nick Velkov said. 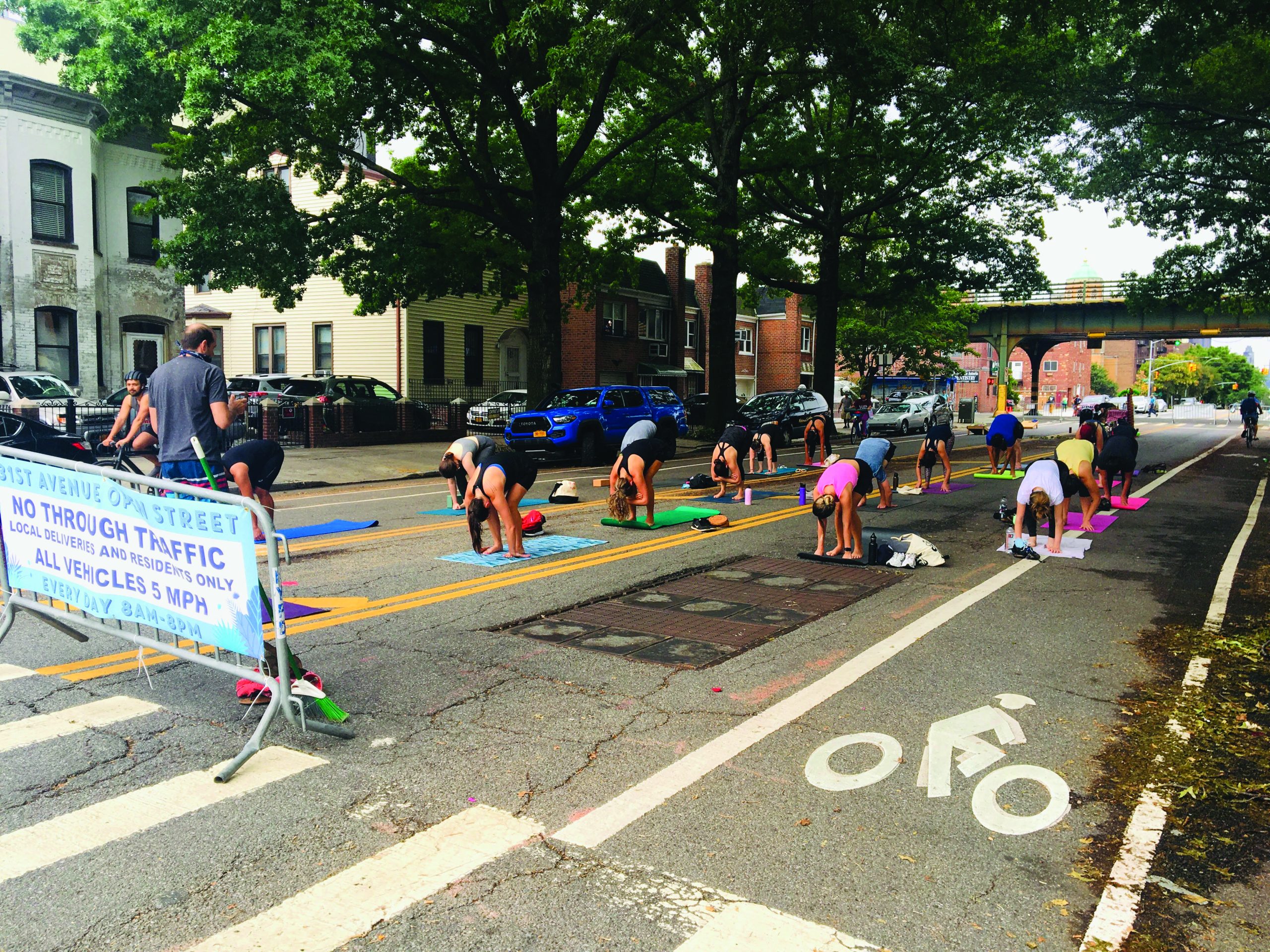 According to Williamson, the project has been positive for business at Mom’s, but traffic on adjacent streets and drivers ignoring the barriers blocking off the street is a concern–especially when kids are playing in the street. The Collective assured more barricades have been requested from the DOT to help prevent this issue.

“I’ve definitely had a few proverbial side-eyes from motorists who are unable to drive on the street while we’re practicing yoga, and some neighbors on 31st Ave have been vocally disgruntled by the concept. If those folks took time to actually use the Open Street, they might soften their misgivings,” Velkov said.

According to Hantzopoulos, two cars intentionally tried to drive through a yoga class to scare people and someone called the NYPD to complain about a group “passively aggressively practicing yoga” on a separate occasion. However, many avenue residents responsibly park their vehicles and follow the five m.p.h rule when parking or making a delivery.

“[Moving] forward I hope we can all reimagine our neighborhood streets and not view them purely as a place to take us from A to B using a vehicle, but as a place for all to share, enjoy, connect and build community,” Hantzopoulos said. 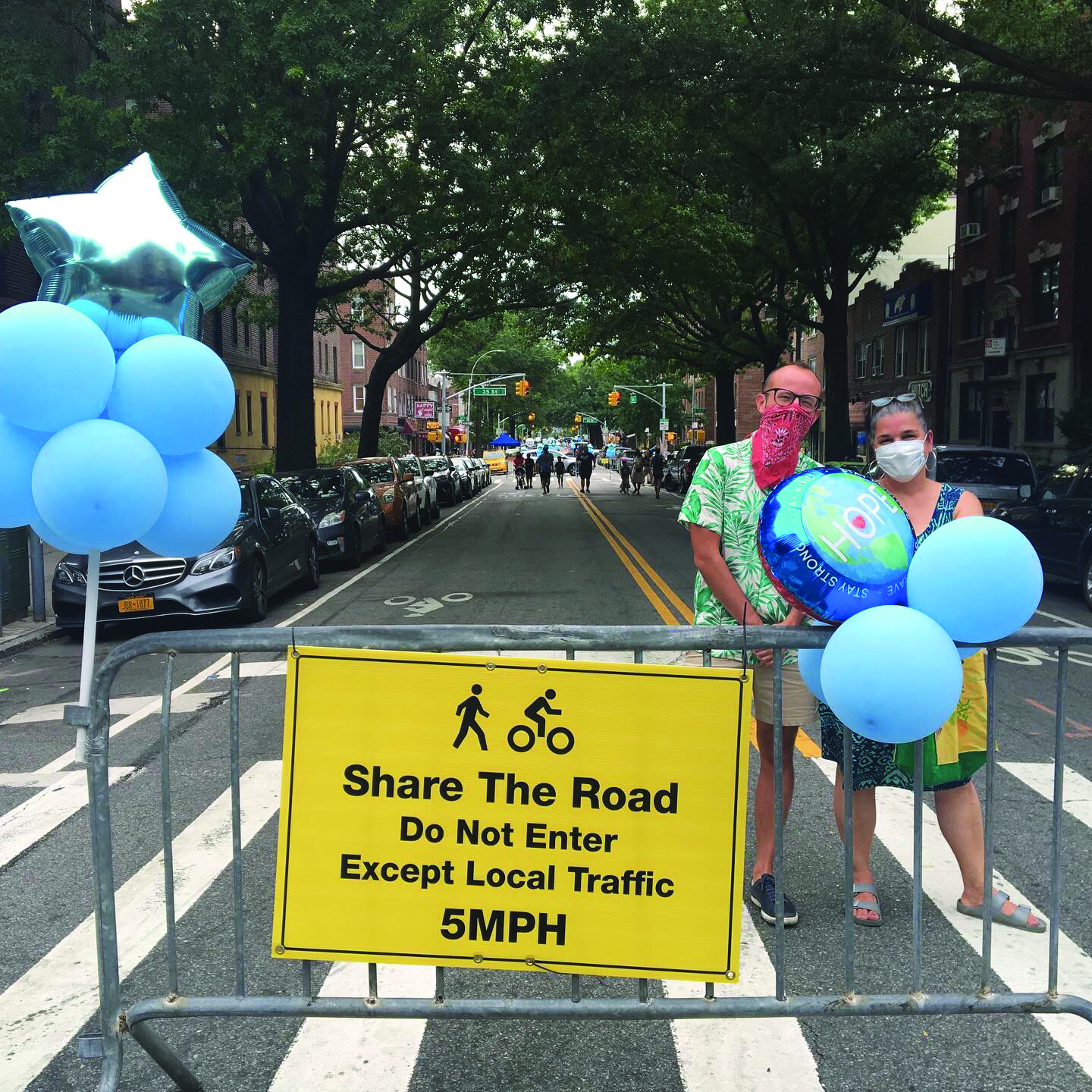