Up, Up and Away: What Happened to Astoria’s Space Shuttle? 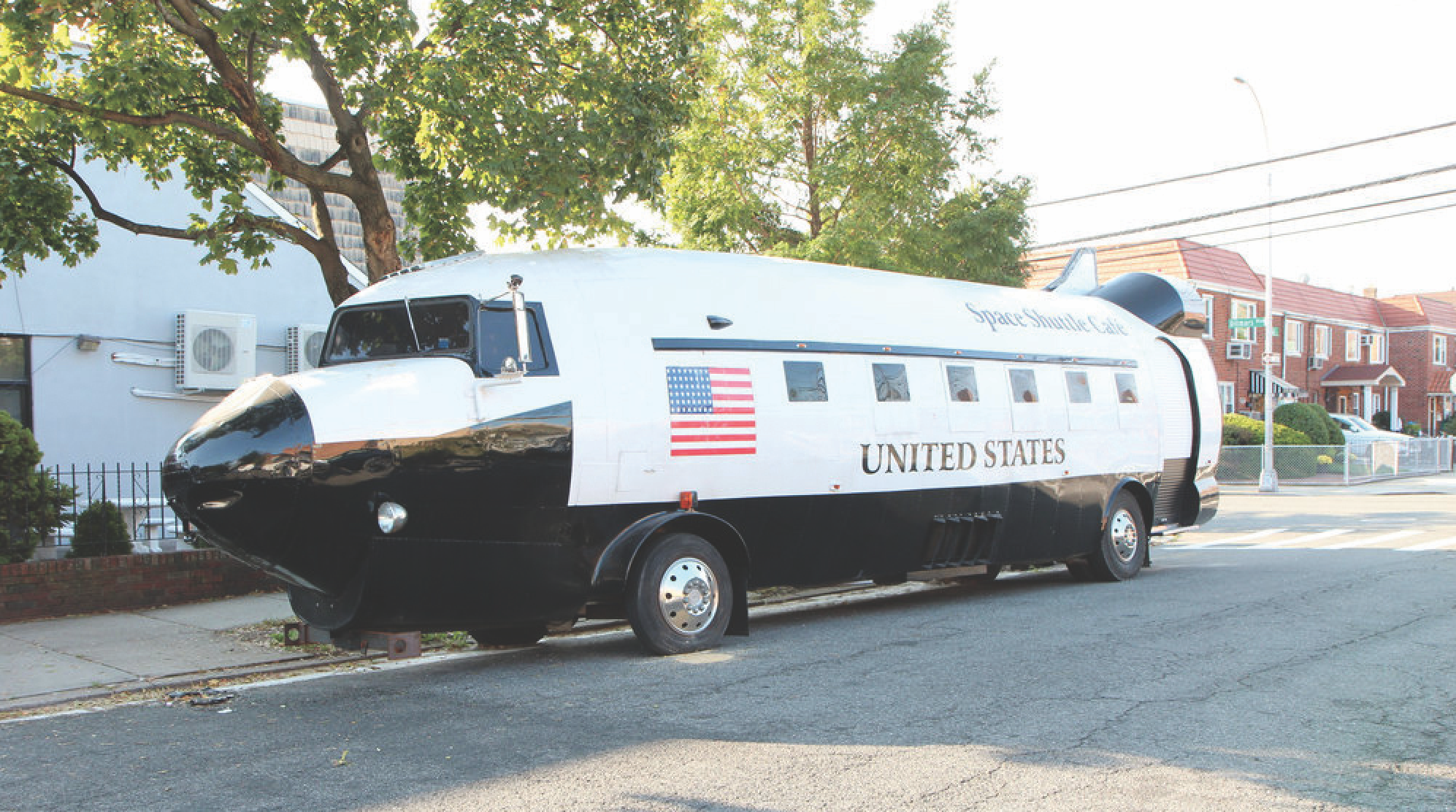 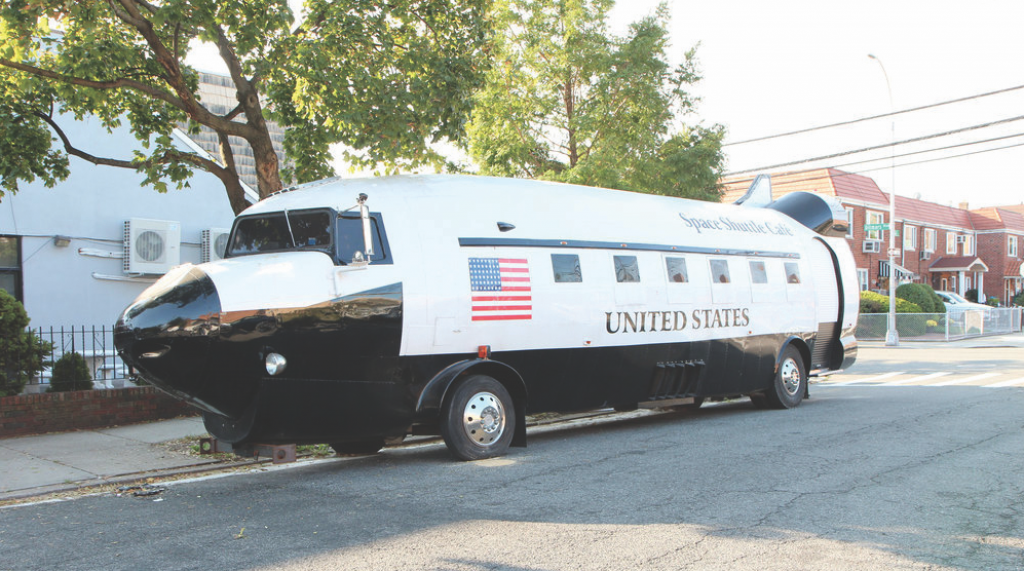 If you’re a frequent flyer of Ditmars Avenue, you’ve undoubtedly witnessed the space shuttle parked on the corner of 48th Street and 21st Avenue. For our readers who have no idea what we’re talking about, you read that correctly: a space shuttle. Only in New York City, am I right?

We’ll start you off with a little background as to how it became a temporary landmark in our beloved Astoria. The shuttle was originally a DC-3 airplane built and used during World War II, but eventually became a commercial aircraft for some time after. While it had multiple owners over its decades-long life span, the person who turned it into a home on wheels was H.L. Roland who discovered it in the seventies in Tucson, Arizona.
He was proud driving it around the country for a while but eventually sold it to the Pfeiffer family, who converted it into the space shuttle we know today. Fast forward to 2001, Hollywood mogul, Jay Ohrberg, stumbled upon the abandoned, mobile spacecraft and fully equipped it with a functional commercial kitchen, out of which he served the occasional burger at auto shows.

Now that you’re all caught up, let’s talk about this unique food truck’s last owner. Queens resident, Omar Elbroody, bought it in 2015 and had every intention of starting his own food truck business. However, none of the partnership offers that came his way felt like the right fit, and he was determined to be the head chef in the kitchen. Elbroody then invested a significant chunk of his own money into remodeling the whole interior to look and operate as a more modern, better-equipped kitchen, making way for the debut of the Space Shuttle Café.

In 2020, after being offered a buyout from his previous business, Elbroody decided to put the shuttle up for sale and retire. Many months later, after receiving countless calls from potential buyers, he made a deal with John Michel, retired Air Force General and Aviator who took his love for planes to the next level with this purchase. This was a match made in heaven as Michel is involved with the Minute Man Restaurant Group, a successful burger enterprise based in Arkansas that specializes in food trucks.

John and his wife, Holly, will officially become the first owners to use it as a fully functioning café. Accompanied by WiFi, stereo and outdoor seating, this pop-up space shuttle food truck (what a sentence) is going to be a go-to for safe social gatherings in the South and Midwest. Eventually, the shuttle will make its way to Illinois, where John and Holly plan to fulfill their vision of promoting Veteran-owned- and-operated businesses and financially supporting fellow Vetrepreneurs with little to no cost to them. In addition, the couple’s mission is to help curb hunger in the United States, with the assistance of their non-profit, Soulcial Solutions Foundation. They recognize the dire need for food during these challenging times and want to make sure that everyone knows they’re welcome; if you can’t pay, no worries, because you’ll still get a plate. Their cuisine will incorporate healthy elements of Latin American flavors combined with American classics, with Minute Man’s famous Charcoal Burger getting a spot on the menu indefinitely.

The shuttle was picked up and driven to Arkansas in early March of 2021 by Michel and his business partners, a sad goodbye for any Astorian who ever laid eyes on it, but hey – this space shuttle-turned-café has had one hell of a journey, and we’re a part of it; now how many people can say something like that?!